Sittenfeld found guilty on charges of bribery and extortion

Once a rising star in Cincinnati's political scene, Sittenfeld was the youngest council member in city history when voters elected him at age 27 in 2011. He won re-election twice as the top vote-getter and in July 2020 announced his campaign for mayor.

This high-profile case has captivated the region, with the courtroom filled to capacity on most days with Sittenfeld's supporters and family, law clerks and lawyers, media and even a federal judge came to watch Sittenfeld on the witness stand. 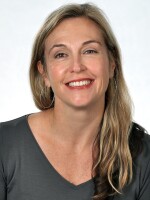