An Indiana judge is expected to hear arguments next week in the first of two challenges to the state’s near-total abortion ban.

Special Judge Kelsey Hanlon has scheduled a Sept. 19 hearing on a preliminary injunction to block the law. That’s four days after the law is set to go into effect.

The law makes it a felony to provide abortions in most cases, with exceptions only to save the life of the pregnant patient, if there are fatal fetal anomalies, or in cases of rape or incest up to 10 weeks. It also prohibits abortions outside hospital settings or outpatient centers owned by hospitals.

Indiana lawmakers passed the measure during a special legislative session this summer, becoming the first state to pass a new ban following the Supreme Court’s decision in June to overturn Roe v. Wade.

Last month, the ACLU of Indiana, Planned Parenthood and others filed a challenge in state court, arguing the law violates the right to privacy and equal privileges protections under the state constitution.

Attorneys also say the law is “unworkable, because physicians cannot determine when in a pregnancy the exception permits abortions.”

Last week, the ACLU filed a separate class-action lawsuit on behalf of Indiana Jews for Choice and others, arguing the law violates the state’s 2015 Religious Freedom Restoration Act.

As of Monday, online court records did not yet show a hearing date or ruling in that case. 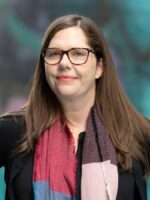