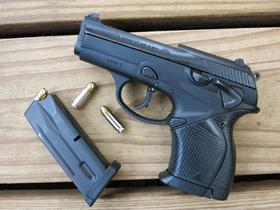 Kentuckians wouldn’t need a permit to carry concealed firearms under a bill that is nearing final passage in the state legislature. It now only has to pass out of the state House of Representatives and be signed by Gov. Matt Bevin.

Currently, concealed-carry holders have to take an eight-hour training course and have a background check to receive a permit.

Rep. Charles Booker, a Democrat from Louisville, said he was worried that the measure would lead to more gun violence.

“I’ve had relatives that have been murdered, I’ve had a gun put in my face. I’ll speak right now: this will not protect me. I’ve lost family to this,” Booker said.

Senate Bill 150 has been pushed by the National Rifle Association in Kentucky. It would allow people who are at least 21 years old to carry concealed firearms without a permit in the same places permit holders currently can.

Rep. Savannah Maddox, a Republican from Dry Ridge and the bill’s sponsor in the House, argued that open carrying is more dangerous for women than concealed carrying.

“Someone who is of greater stature could apprehend me and take the firearm from me and use it against me,” Maddox said

Arthur Thomm, NRA state director for Kentucky, argued that the bill would not be a danger to the community.

“Only law abiding citizens are currently obtaining permits. Allowing these citizens to carry concealed without a permit will not change the fact that they are law abiding,” Thomm said.

“Criminals, on the other hand, are already carrying concealed firearms within Kentucky without permits.”

The bill passed out of the House Judiciary Committee with a vote of 12-8 on Tuesday and can now be voted on by the full House. It has already passed the Senate.

According to the Giffords Law Center, which monitors gun legislation, there are 12 states that allow people to carry concealed weapons in public without a permit.

William Hibbs, a major with the Louisville Metro Police Department, said that the measure would be a “huge safety risk” for law enforcement and citizens.

Anita Franklin, a member of gun safety group Moms Demand Action from Lexington, told the committee about losing her son to gun violence in 2014.

“The bar should not be lowered,” Franklin said. “We cannot let the privilege of owning a gun get out of control by removing laws that hold people accountable.”

A gun owners’ group is taking aim at a self-defense law passed in the lame duck session last year – saying it could make felons out of half a million Ohioans who own certain weapons.

It has been one year since the February 14 shooting at Marjory Stoneman Douglas High in Parkland, Florida. Seventeen students and staff members were killed, 17 others were injured. The tragedy sparked student demonstrations nationwide and launched the March for Our Lives movement protesting gun violence.

WATCH: In A Post-Parkland America, Teens Talk About Gun Culture