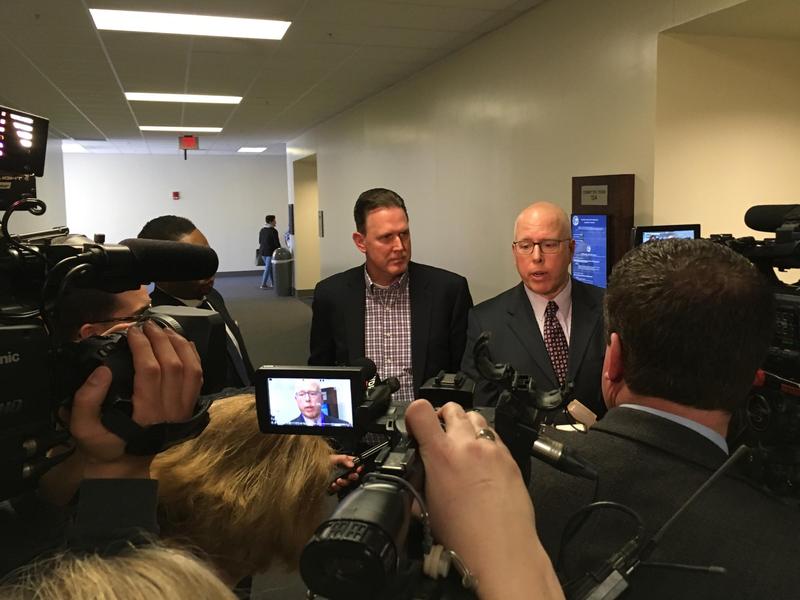 Legislation that would criminalize those who share personal identifying information about a minor when the intent is to intimidate, abuse, threaten, harass, or frighten is headed to the full Kentucky Senate.

The measure stems from the highly publicized viral social media account of a January interaction between Covington Catholic students and Native American protestors in Washington DC.

16-year-old Nick Sandmann was videoed standing face to face with protestor Nathan Phillips.  Sandmann’s father Ted Sandmann testified and then responded to reporter questions outside the committee room. “When you use that to physically or harm someone, intimidate them, that’s no longer free speech.  My son is going to go through the rest of his life with a target on his back.  He’s always going to be looking over this shoulder because what harm has been done can’t be erased,” said Sandmann.

Sandmann’s attorney Todd McMurtry said criminalizing this conduct would, “force people to think before they tweeted or posted.”

Rebecca Ballard Deloretto with the Kentucky Criminal Defense Lawyers Association testified the bill violates the first amendment of the constitution and is overly broad, punitive, and restrictive.

McGarvey questioned whether the measure could lead millions of people being liable under the bill.

Sandmann’s father Ted Sandmann testified that his son was, quote, “ the victim of the most sensational twitter attack on a minor child in the history of the internet.”   His attorney Todd McMurtry said criminalizing this conduct would, in his words, “force people to think before they tweeted or posted.”

Teenager Nicholas Sandmann's family is suing The Washington Post, saying it targeted the Covington Catholic High School student and defamed him for political purposes when it reported on a January encounter on the steps of the Lincoln Memorial between Sandmann and Native American activist Nathan Phillips.

A report commissioned by the Covington Diocese finds students from Covington Catholic High School did not instigate a January incident with Native Americans and members of the Black Hebrew Israelites that went viral, drawing national attention and criticism.

The CovCath Incident, And How Social Media Shaped The Story

A video showing Covington Catholic High School students in an apparent confrontation with a Native American activist at the Lincoln Memorial in Washington, D.C., went viral this weekend, sparking outrage across the country.