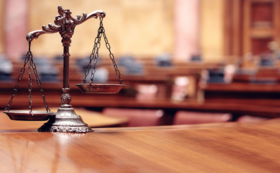 A federal judge could decide this week if Kentucky can move forward with changes to its Medicaid program.

Kentucky was the first state in the nation to receive a waiver from U.S. Centers for Medicare and Medicaid Services.  The waiver sought by Governor Matt Bevin’s administration would require able-bodied adults to work or volunteer to maintain their Medicaid coverage.  Enrollees would also pay small premiums and face lockout periods for failing to renew their benefits on time.

The commonwealth saw one of the country’s largest drops in the number of uninsured people following the 2014 Medicaid expansion allowed under the Affordable Care Act.  The Bevin administration has estimated there will be 95,000 people who lose Medicaid coverage over the next five years for not meeting the waiver requirements.

"If we've learned anything from the past four years of Kentucky's Medicaid expansion, it's that people are able to engage in their health care, keep a job, and be better parents exactly because they're covered in the first place," said Emily Beauregard, executive director of Kentucky Voices for Health.

A group of 16 Kentucky Medicaid enrollees has filed a lawsuit against Bevin and the federal government.  The plaintiffs say the waiver requirements are illegal and reduce access to health care for low income people.  A U.S. District Court Judge will hear arguments in that case on Friday in Washington, D.C.  Governor Bevin has filed a counter lawsuit in federal court in Frankfort seeking to uphold the waiver.

Frederick Isasi is executive director of Families USA, a left leaning consumer health care advocacy group.  The judge presiding over the Washington, D.C. case is a Democratic appointee and the lawsuit in federal court in Frankfort is before a judge who is a Republican appointee.  He says split rulings could delay next month's implentation of the waiver requirements.

"If that were to happen, it would work its way through the appeals process, and eventually, it would have to be decided by the Supreme Court," explained Isasi in a teleconference with reporters on Monday.

Isasi says the outcome of Kentucky's case could have broad implications for other states that are seeking Medicaid waivers.

Governor Bevin issued an executive order in January stating that if he loses in court and on appeal, he will end expanded Medicaid in Kentucky which has given health care coverage to more than 400,000 people living just above the poverty line.

Kentucky is now the first state in the country to make joint custody the "legal presumption" in divorce proceedings. The new law, signed by Governor Matt Bevin in April, goes into effect in July and requires judges to grant equal custody in all cases, unless one parent has filed a domestic violence protective order against the other within the last three years.

During a hearing on Thursday, the judge presiding over the lawsuit against Kentucky’s new pension law questioned why state lawmakers were able to pass the measure out of the legislature in just one day.

How Northern Kentucky Is Dealing With The Hepatitis A Outbreak

Kentucky's seen more than 600 cases of Hepatitis A and six deaths since November. The Northern Kentucky Health Department has verified only six cases locally, but it's taking steps to make sure a widespread outbreak does not occur in the area.