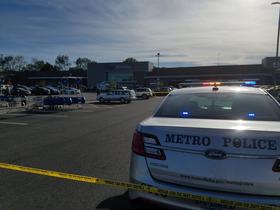 The man who police say shot and killed two people at the Jeffersontown Kroger on Wednesday has been identified as 51-year-old Gregory Bush.

On Wednesday afternoon, Jeffersontown Police Chief Sam Rogers said Bush shot and killed a male victim inside the Kroger. He then ran out of the store and shot several rounds at a woman, who also died. At that point, an armed citizen in the parking lot engaged Bush with gunfire in the parking lot. No additional injuries resulted from that altercation.

Bush was booked into Metro Corrections on Wednesday, and is facing two counts of murder and 10 counts of wanton endangerment. He was arraigned Thursday morning and is being held on a $5 million bond. 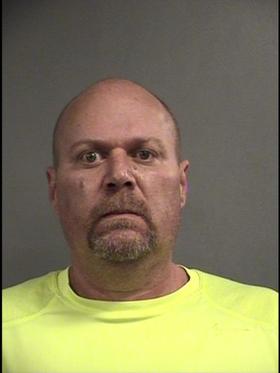 In January 2009, he was arrested at his home in Buechel after he allegedly assaulted his elderly parents. Bush punched his father in the face and grabbed his mother “around her neck and picked her up off the ground,” according to court records. In that same incident, according to police, Bush “unplugged the phone several times to keep both victims from calling the police.”

Bush fled with a .40-caliber Smith and Wesson weapon.

Police wrote in that 2009 report that Bush’s parents were “terrified” of his unpredictable behavior. They told police he’d put padlocks on doors to keep them from leaving their home.

The day before this incident, Bush shot his cell phone when it didn’t work. All of this occurred while his 10-year-old son was in the home, according to the court file.

This incident led his father to seek an emergency protective order against Bush. That order required Bush to surrender his firearms.

A few months later, in May 2009, he was arrested in the lobby of the Jefferson County Hall of Justice and charged with eight different crimes, including terroristic threatening, assault and violating a protective order. In the arrest citation, a Jefferson County Sheriff Deputy wrote that Bush screamed profanities at a woman, and that his “aggressive nature, threats and behavior caused undue fear and apprehension” to the woman and others.

Bush was found guilty in 2003 of menacing after he followed a 15-year-old girl in to the bathroom at the Stony Brook Cinema. Inside the bathroom, he “put his hands around” her waist and said “that he thought they were family,” according to court records.

And in 2000, Bush’s former girlfriend sought and was granted an emergency protective order against him, court records show.

Jeffersontown Police have confirmed that two people have been killed at a shooting at a Kroger in suburban Louisville.

In the latest Columbus budget, there's $1 million set aside to install a new system called ShotSpotter. It’s a computer software that uses microphone-like sensors in neighborhoods to detect gunfire, and it tells police nearly exactly where shootings happened.

April Is A Cruel Month For This Columbine Teacher And Survivor

April is a hard month for Paula Reed — even though it has been 19 years.

April 20 is the anniversary of the Columbine massacre. That day in 1999, two Littleton, Colo., high school students killed 12 students and one teacher before killing themselves.

Reed was a teacher at Columbine High School school that day, and still is today. This week, she spoke to NPR from the same classroom she was teaching in before everything happened.