Kentucky 9th in U.S. for Women Murdered by Men with Intimate Partners Most Vulnerable 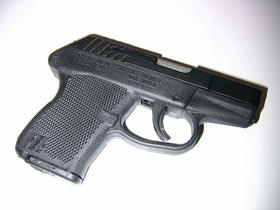 A new study shows Kentucky is among the top 10 states in the nation where women are murdered by men. Women in intimate partner relationships are especially vulnerable.

The report called “When Men Murder Women” is by the nonprofit Violence Policy Center in Washington, D.C. and uses data from the FBI.

The report says having guns in the home can allow domestic violence to escalate to murder. And women are much more likely to be a victim at home than in any other place.

More than 80 percent were killed with handguns. Others were killed by knives, blunt objects or bodily force. The average age of the victims was 38.

State homicide rates were based on percentage of population. The study examines only instances involving one female homicide victim and one male offender.

The top five states with women murdered by men are Alaska, Louisiana, Nevada, Arkansas and Tennessee.

States across the political spectrum have turned recently to a new kind of gun control measure, known as red flag laws or extreme risk protection orders. They allow for the seizure of guns from potentially dangerous people.

Joint Custody Will Be The Default Under New Kentucky Law

Separating parents will get joint custody of their children by default under a bill signed into law by Gov. Matt Bevin last week, unless a parent has a recent history of domestic violence.

Kentucky is the first state in the country to create a “legal presumption” for joint custody in divorce proceedings.