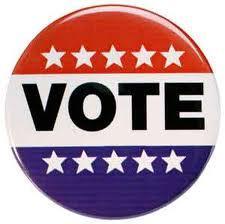 Kentucky Secretary of State Alison Lundergan Grimes says she hopes turnout in Kentucky’s May 22 primary election will be just as large as the ballot.  The deadline to register to vote is Monday, April 23.

The mid-term election will feature a host of county-wide races, all of the seats in the state House, half of the state Senate, Congressional, and judicial races.

Grimes says she’s optimistic that the activism among teachers and other state workers during this year’s legislative session will translate into high turnout at the polls.

"My hope is that we see the civic engagement that has been demonstrated here at the Capitol turned into action on election day," Grimes told WKU Public Radio. "Energy doesn't win elections, people do."

Kentuckians can register to vote or update their information online at GoVoteKY.com or do so in person at country clerks’ offices across the state.  The deadline to change party affiliation for the primary election has already passed, although voters can cast ballots in non-partisan races.

Kentucky's Wild 2018 Legislative Session Is Over. Here’s What Happened

This year’s Kentucky General Assembly was book-ended by turmoil, but over the course of nearly four months the Republican-led legislature was still able to wrangle the votes to approve politically volatile policies like changing pension benefits for public workers and overhauling Kentucky’s tax code amid intense protests from public workers, especially teachers.

On the final day of this year’s Kentucky General Assembly, state lawmakers passed “clean-up” bills that would make changes to the two-year budget and revenue bills that passed into law on Friday.