ICE Deportation Decision is Costing Youngstown 'A Hell of a Man' 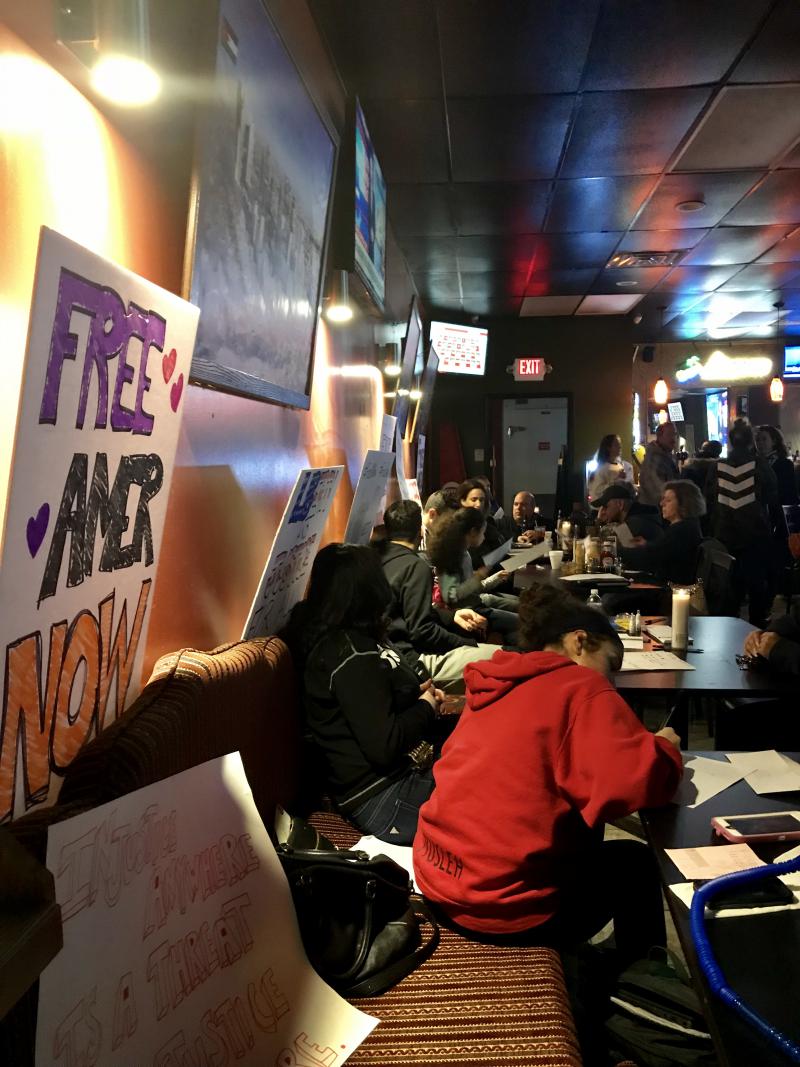 The decades-long battle of a Youngstown businessman to remain in the U.S. is coming to a close, and leaves a trail of unanswered questions about his deportation case. And, as WKSU’s M.L. Schultze reports, it has a lot of people in Youngstown feeling like Amer Adi Othman’s loss is their loss.

Listen
Listening...
/
The Questions in the case of Amer Adi

Julie Aromatorio calls out to the crowded room.

“If you ordered shirts in the last few days, they’re here.”

For more than a week, hundreds of people in Youngstown protested Amer Adi’s arrest, wrote letters of support, held candlelight vigils. He’d been championed by a Democratic congressman and a Republican activist. A congressional subcommittee made a special request to effectively stay his deportation.

It was only about three months ago that most of them learned that, for decades, Adi had been fighting immigration’s claim that his first marriage in 1980 was a sham. He’d been in Youngstown – where his second wife’s family had settled – for nearly three decades.

And most people like Cheryl Kelly have known him as Al: The guy who opened a half-dozen small businesses, was first in the stands when his four daughters played sports, organized the annual Arab American community festival and was just plain kind. 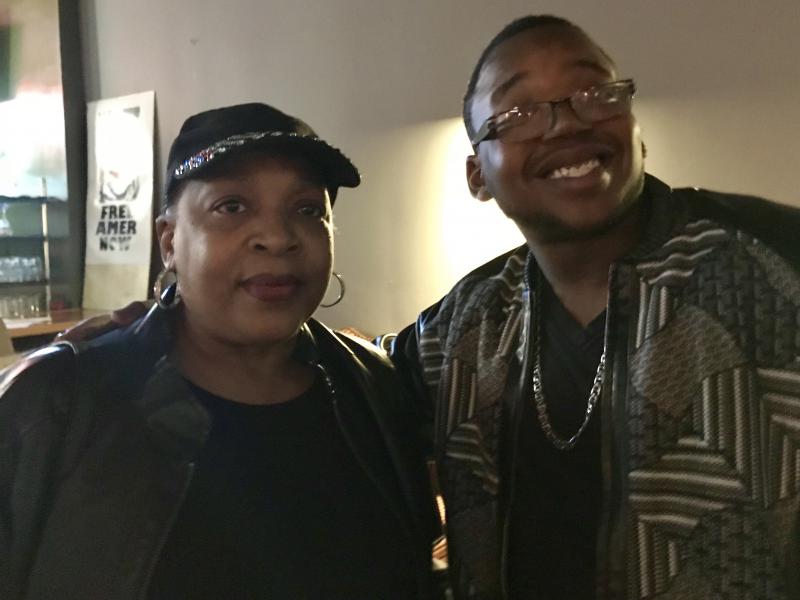 “He shows nothing but love and respect. I’ve never seen him once tell people to get from the front of his store. People are hungry, he’ll bring them in and give them something to eat.”

His store is the Downtown Circle Deli. Seven years ago, it was a vacant building on a desolate block. Mayor Tito Brown says Adi had the vision to buy it and ability to transform it and calls Adi a pioneer.

But last fall, Immigration and Customs Enforcement gave Adi three months to leave the country. His wife, Fidaa Musleh, says the couple fought to stay but prepared to leave. Adi had strapped on an ankle monitor, they turned over their business and bought one-way plane tickets to Jordan. 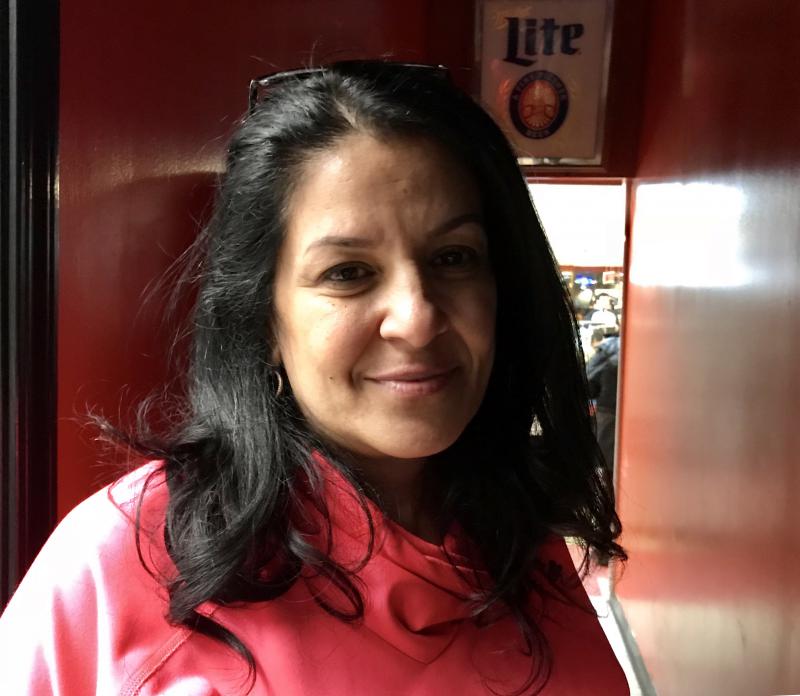 In a time of big questions about immigration policy, that narrow question is one of the most controversial in this case.

A few days before their planned departure, ICE postponed the trip. A farewell party became a celebration.

But things took another turn on Jan. 16, Adi, Musleh and their lawyer headed to Cleveland for his next meeting with ICE. They were joined by Ohio Republican Party Treasurer – and Trump supporter -- Tracey Winbush and Democratic Congressman Tim Ryan.

Ryan has sponsored what’s called a “private bill” to allow Adi to stay in the country; longstanding Homeland Security policy was that the subjects of private bills didn’t get deported. That changed last year.

Still Ryan went to the meeting hoping for a re-review of the case. Instead Adi was arrested in minutes.

Winbush calls it an ambush.

"We have allowed our agencies to run amok and not taken control over them."

ICE won’t comment on specifics. In an e-mail, it says the original delay was temporary. It maintains that Adi’s case has been thoroughly reviewed and says – even when a deportation is stayed -- the agency can move ahead if it has evidence that “in its judgment, warrants removal.”

Adi began a hunger strike the day of his arrest. His wife says he lost nearly 20 pounds but needed to do it.

“It’s a way of saying, this is wrong. He has no other voice.” 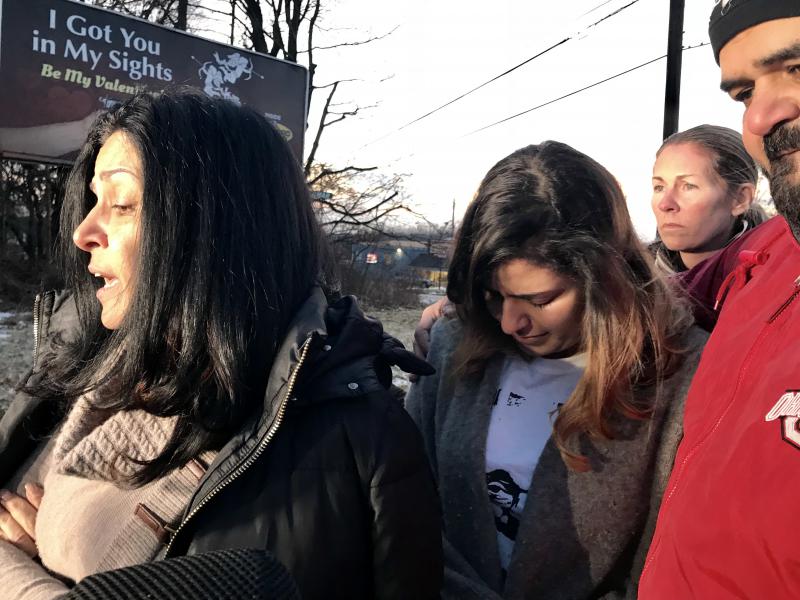 Meanwhile, the story took another twist. After the arrest, Ryan renewed the push for his bill. And the Judiciary Committee chairman asked Homeland Security to reopen the case. Ryan was jubilant and talked of Adi’s imminent release.

Instead, Adi was transferred to the private prison in Youngstown for medical monitoring.

It was there that he found out about ICE’s final decision Thursday: The agency said it would honor part of the congressional request -- it would take another look at his case. But Adi would already be gone.

A few hours later, his family visited with him-- separated from him by thick glass. Outside afterwards, his daughter, Lina again pressed the question of why he was ever there, tears and anger forcing her voice higher.

“He told them just send me home. ‘You don’t want me in this country, that’s fine. I did everything the right way,’ and they don’t care. They make the rules and they make the laws. And then they don’t follow them. How is that OK?”

There is one other question swirling. 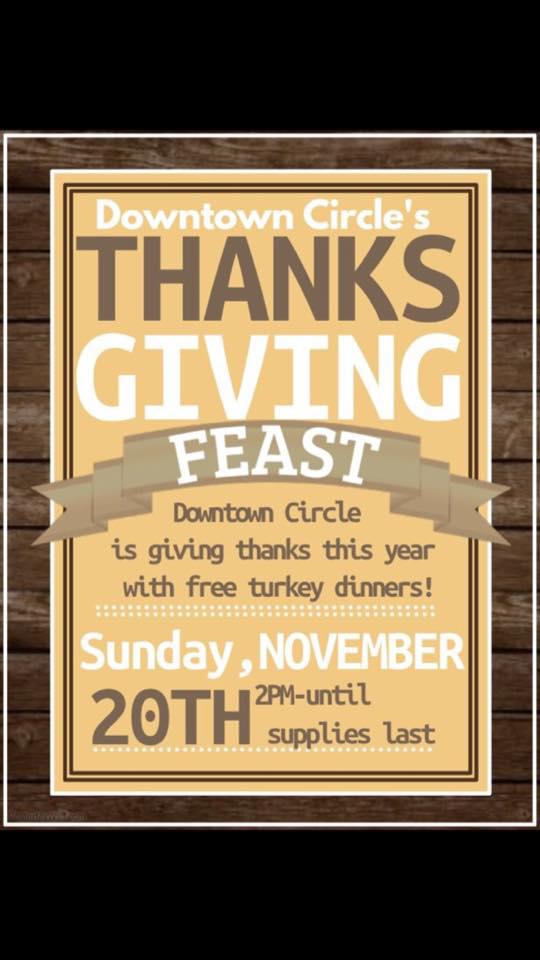 What is Youngstown losing? Tracey Winbush says "a great guy" who believed in the city.

“Youngstown’s hard. People live here, they like here. But then there are people that believe in here. And you don’t find many people who believe.” 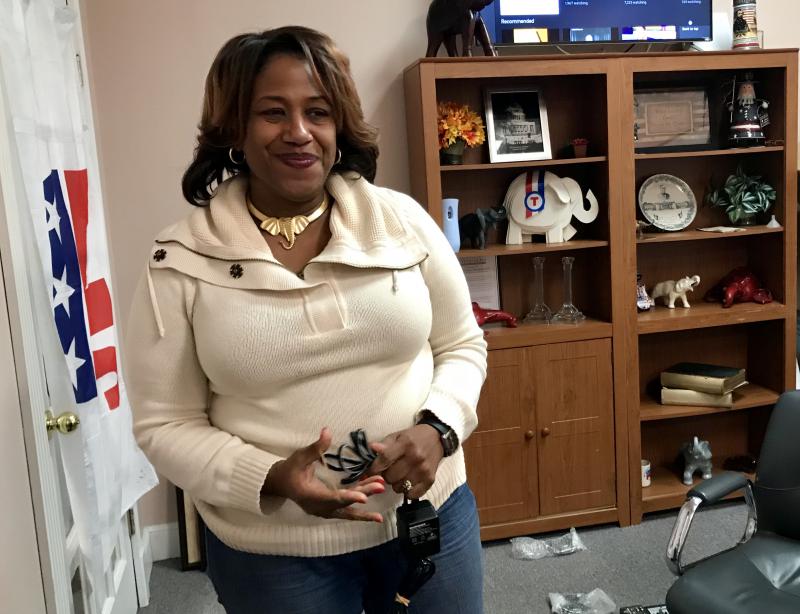 The Downtown Circle Deli and hookah bar remained busy as word of the deportation decision spread. Bobby Kader, who stepped in to help run the place a few months ago, shook his head.

"One thing for sure, Jordan’s going to get a hell of a man.”