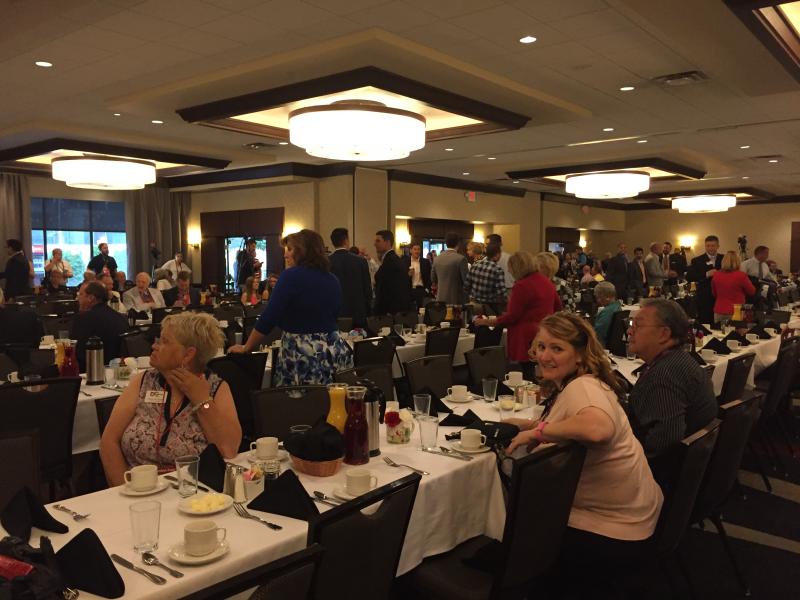 A number of delegates and other participants in the Republican National Convention in Cleveland this week continue to struggle with the concept of Donald Trump at the top of the ticket. WKSU’s M.L. Schultze reports that’s especially strong among the Ohio contingent – though some are in the process of making their peace with the presumptive nominee.

Listen
Listening...
/
Ohio and its holdouts

A gathering of about 50 moderate Republican women met to talk about the other women’s issues: infrastructure, terrorism, mental illness, drug addiction. None of the four women on the panel addressing them – including Ohio Lt. Gov. Mary Taylor – raised the name of Donald Trump.

But it’s clear who the elephant in every Republican room is this week. And it’s clear that some are still struggling with the idea of Donald Trump as the GOP nominee. Shelley Stewart of Northern Virginia says she’ll do something this November for the first time in her adult life.

“I’m not going to vote for president.”

The why takes a lot longer.

"As far as I can tell, he’s a misogynist, he’s a narcissist and his views do not reflect anything in the Republican Party. He’s an opportunist. And in his heart he’s not a Republican.”

Her companion, Candie Phipps, says she’s trying to understand the attraction of Trump.

'I do think he is speaking to something that is missing in the country. Once you get outside of the D.C. bubble, there’s obviously people who are upset, whether it be Bernie Sanders or Donald Trump. So that is startling. And I think we have to pay attention to it, both Democrats and Republicans.”

But understanding is a long way from a vote.

"I plan to write in George Will.” As in the columnist and Republican who has gone so far as depart his party over Donald Trump.

Other women at the gathering were less absolute. That includes Stacey Polk, a black Republican woman from Cleveland who owns a diversity consulting company. 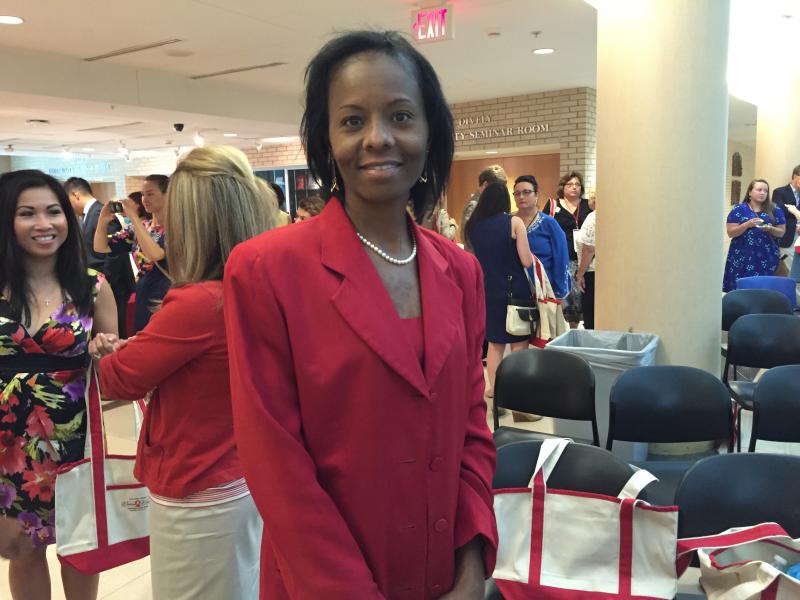 "I enjoy being a Republican woman and I am up to the challenge." She adds, “It is a challenge for now but life is dynamic. And I have not heard all that he has to say. And I have to give him a fair opportunity to meet us where we are and collaborate with us.”

And one of the headliners, Mary Taylor kept away from the subject as long as she could. Asked after the session about Trump, she talked about John Kasich, her boss and the Ohio governor who won Ohio in his own bid for the presidency.

"I’m here as a delegate for John Kasich and I still today believe that John Kasich is absolutely the best governor in the country."

Pressed again, she finally concluded, "“I’m going to walk out of the convention supporting whoever our nominee is.”

A few blocks away, the Ohio delegation breakfast is filled with people like Taylor – in winner-take-all Ohio, all 66 delegates are committed to Kasich on the first ballot unless he releases them. Most expect Trump will be the nominee. And some say they’ve accepted , including Stark County Commissioner Janet Creighton.

“He’s going to be the nominee. He’s going to  have the delegates, and as I’ve said all along, sometimes we don’t like the individual. Maybe he’s not our favorite person. But he went through the process and, hey, let’s move on.”

But Clarence Mingo, the Franklin County auditor and an alternate delegate this year, says he can’t vote for Trump – and he’s not talking about at the Republican National Convention. He’s talking about Nov. 8.

Trump, he says, has hurt people and his party in too many ways. 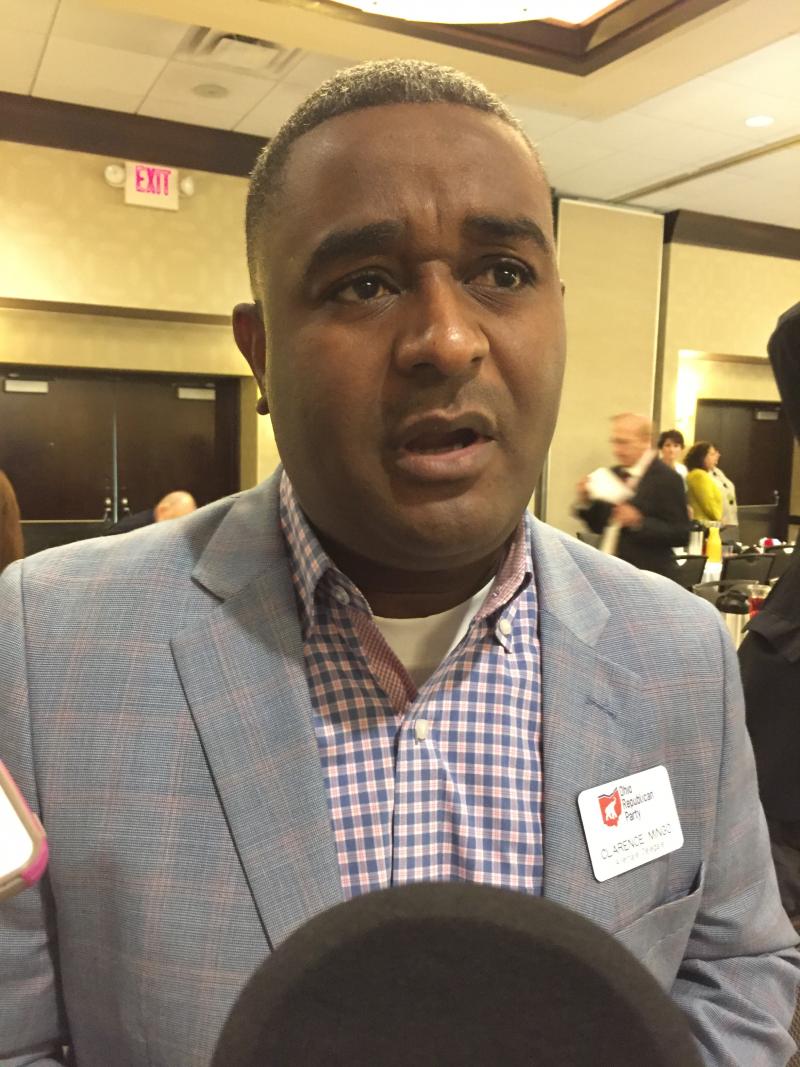 “I’m an individual who lives and walks with Parkinson’s disease every day. I saw him mock an individual with a disability and never apologize for it, never took ownership for those comments. I’m also a veteran of the first Iraq War; I watched Donald Trump mock John McCain, called him less than a hero.”

And while Gov. Kasich has said he needs to see evidence of almost a religious conversion on Trump’s part to endorse him,  Mingo says he can’t even go there.

“I think character is molded over time and I don’t think there’s anything Donald Trump can do in sincerity with the spotlight on him at this hour. I think most of us would perceive that as insincere.”

Mingo calls this a historic moment for the GOP. Then he brightens and calls it an opportunity as well. With Trump written off his campaign card, Mingo says he can focus his energy on down ticket candidates like Sen. Rob Portman and remember why he’s a Republican.

This is part of WKSU and ideastream’s political reporting collaborative.