John Mellencamp has been making music and touring since the 1970s. But unbeknownst to many he’s dovetailed his music career with work as an accomplished painter. On this week’s State of the Arts, WKSU’s Mark Arehart takes us to the Butler Institute in Youngstown for a look at the rocker’s newest exhibit.

Hum a John Mellencamp tune in your head and try to imagine what his artwork might look like. If you're like me, you're picturing some kind of Norman Rockwell type Americana. And you'd be wrong.

Louis Zona, the director of the Butler Institute of American Art, leads me to an upstairs gallery filled with dozens of Mellencamp's large oil paintings. The artwork, which spans nearly his entire music career, is far from nostalgic. It's vivid, harsh and even grotesque at times.

"But in all they’re just beautifully done, beautifully accomplished works. But yeah, they are intense. Very expressive, very emotional," Zona says as we tour the silent gallery before the museum opens for the day.

Most of the paintings are of figures, often looking away from you, rather than into you. But even then the paintings seem to have soul.

"In the art world we would say that these are 'painterly paintings' in that the markings of the brush are very, very evident. He wants you to see the emotion that went into the creation of the work. He’s hoping that that emotion will come back, that you’ll be able to decipher it. Again they’re very, very intense."

"I walked around the other day and looked at the faces of the people in the paintings and there’s only one smile in this whole exhibition. Everything else are frowns or very, very intense faces." 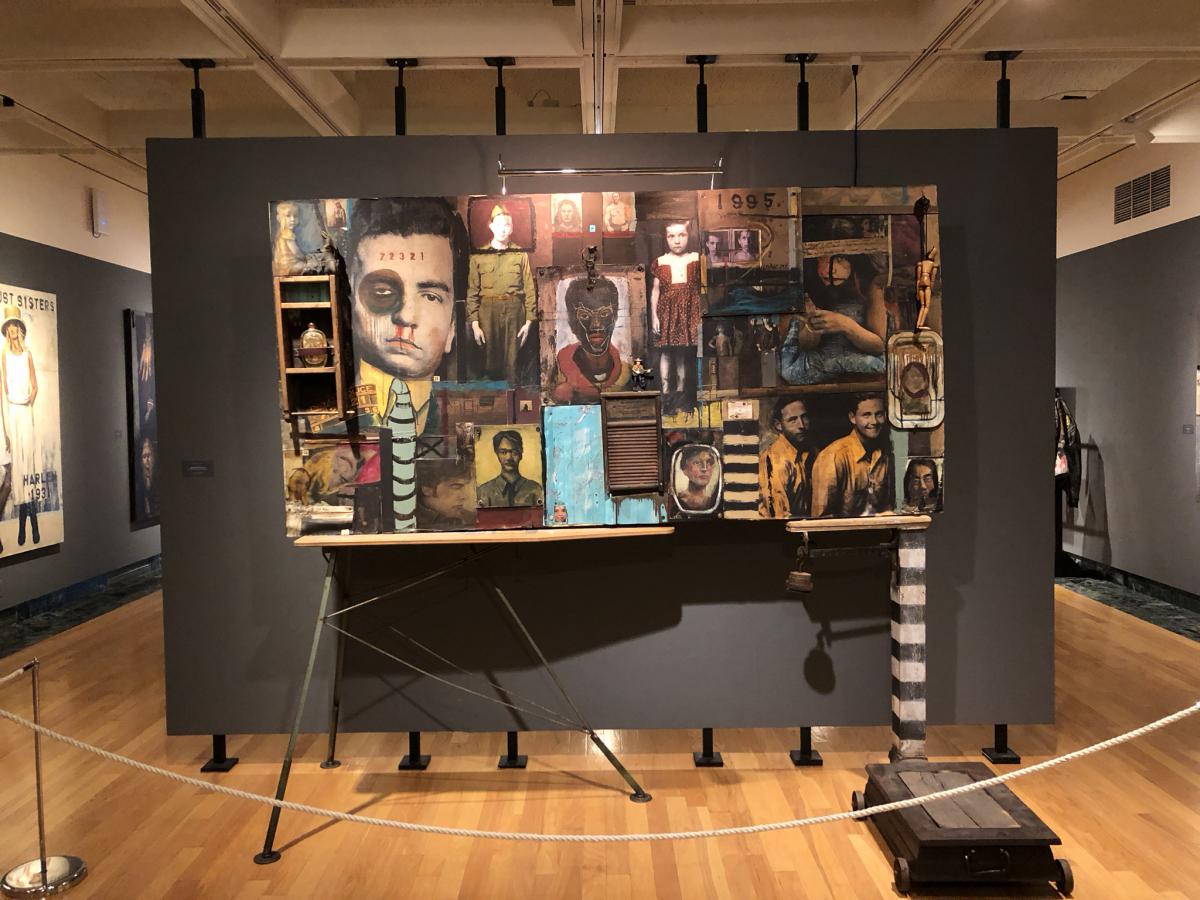 Zona wants people to know that the Rock and Roll Hall of Fame member is a real artist, not a musician who has taken up painting as a hobby.

"He’s been at it a very long time. It’s too bad he falls into a category of a celebrity and immediately people think ‘Well, he’s a celebrity artist.’ Yeah he is a celebrity, but he’s a wonderful painter. And even without the celebrity of being John Mellencamp the musician, I think he would be recognized as a very, very fine visual artist," Zona says. 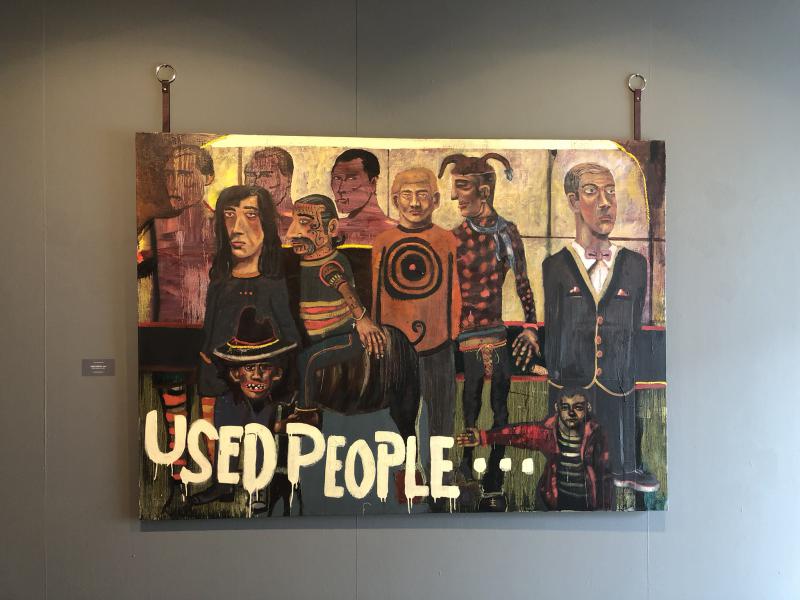 Some of the figures in the paintings are recognizable. You see flashes of Muhammad Ali, Jack Johnson and Martin Luther King Jr. And many faces that seem to be reflections of the artist himself.

"There is a lot of autobiography in this exhibition there’s no question about this. You can certainly make out his self-portraits. But again every time I walk in here I see something new. I find out something different about his psyche. In all, it’s incredibly inventive."

But Zona says many of Mellencamp’s self-portraits are dark, almost tortured.

"And I’ve got to believe that he’s very aware of the work of the late Robert Rauschenberg who created the concept of the Combine, where he would take objects from the real world and bring them into his paintings or attach them to the paintings." 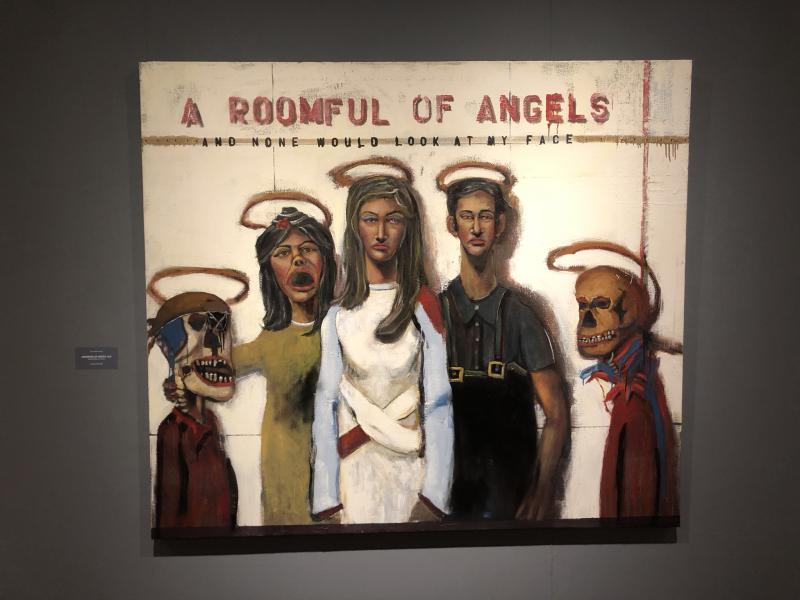 There are metal keys on a ring, a suspended wooden figure doll and an ironing board propping up a painting. There's even a series of nails driven directly into one work.

"I’m sure there are a million stories in here, which we’ll have to kind of decipher on our own."

"John Mellencamp: Expressionist" is on display at the Butler Institute of American Art in Youngstown through November 18.