Tick-Borne Diseases Are on the Rise in Ohio, But Who's Minding the Store?

Ohio has been lucky.

A disease that’s common on the East Coast hadn’t made its way to the Buckeye State…until now.

In this week’s Exploradio, WKSU’s Jeff St.Clair explores what to watch for when walking in tick country.

He's dressed for the occasion. 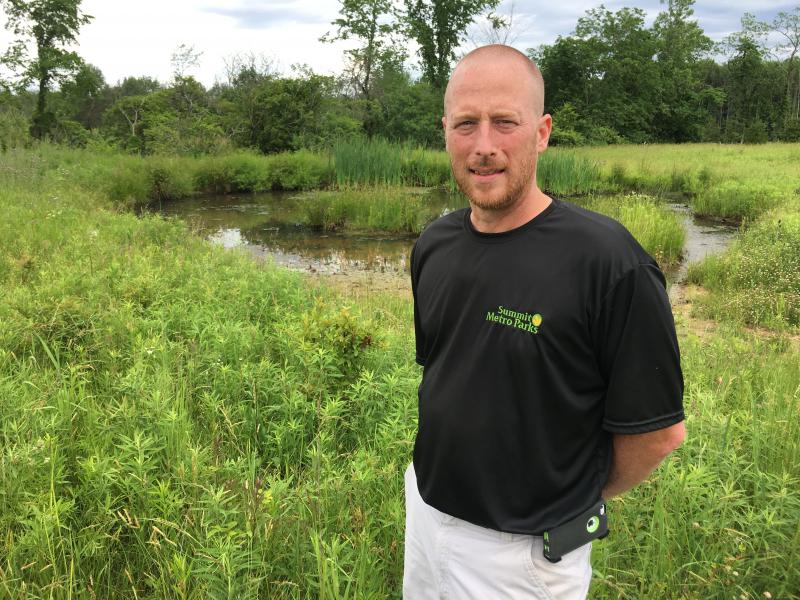 Curtis says light clothing makes it easier to spot the ticks, and after just a few minutes of walking through a field of tall grass we see a critter scrambling up his pant leg.

“This is a wood tick,” says Curtis, “I see some nice white markings on its back and it’s relatively large, almost a quarter of an inch.”

Otherwise known as a dog tick, it’s the most common tick in Ohio.  And with the recent mild winter, he says we’re seeing a bumper crop this year.

They hang out in tall grass where they wait to hitch a ride from a passing mammal, a dog or a person.

Curtis says they’re easy to avoid when hiking through a field, just stay in the middle of the trail.

There's a New Tick on the Block

The tick to worry about is the newly arrived deer tick, otherwise known as the black-legged tick.

Ohio State University entomologist Glen Needham says it all started in 2010 when he got a phone call from an Amish farmer in Coshocton County.

“He went out to the phone box and called me,” explains Needham.

The man’s wife had come down with Lyme Disease. Later the farmer discovered black-legged ticks crawling around in the snow on their property.

It was the first confirmed report of an established population of the black-legged tick in Ohio.

Needham says they're now found in two-thirds of the state.

“The ticks are spreading and it looks like the percentage of ticks that are infected is going up,” says Needham.

Who's Minding the Store?

Ohio had 160 confirmed cases of Lyme disease last year, but Needham says the true number is likely ten times that.

The problem, says Needham, is that no state agency is testing the spread of the Lyme pathogen among Ohio’s tick population.

“Nobody’s minding the store,” he says. 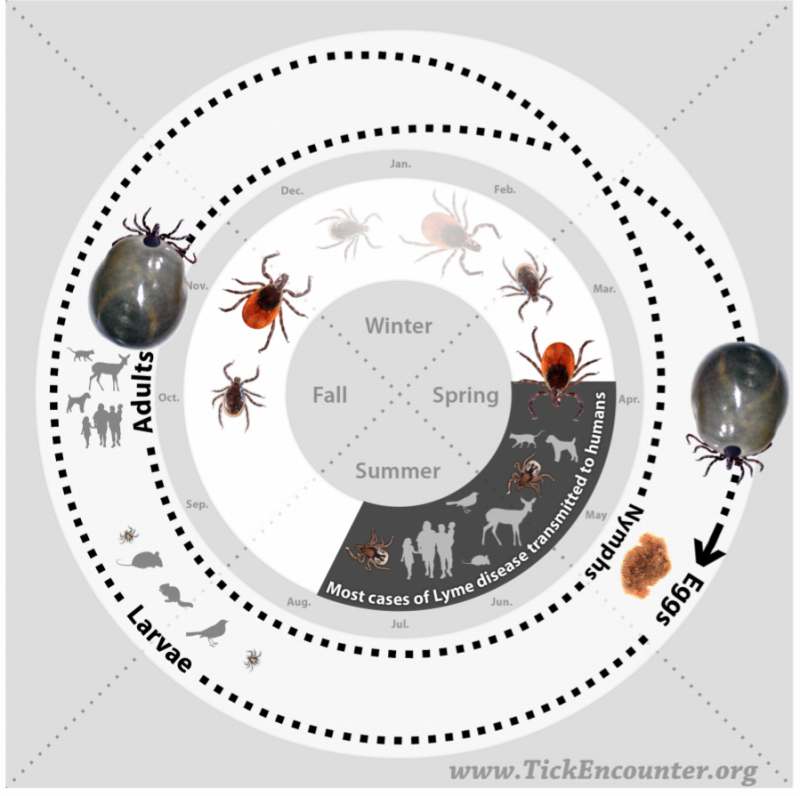 Ohio Department of Health entomologist Richard Gary is in charge of monitoring ticks and mosquitoes for the state of Ohio.

“We know that with Lyme disease and some other diseases a lot of cases are probably falling between the cracks.”

He says lawmakers have not made the monitoring of Lyme as much of a priority as, say, West Nile Virus or Zika.

And this is a concern for Gary.

“We think of black-legged ticks as little bags of germs because of the diseases that they can transmit.”

Not just Lyme, but also the malaria-like babesiosis and anaplasmosis.

So far this year in Summit County, for example, four suspected cases of Lyme have been reported and one case of babesiosis.

People can even come down with a combination of the three.

Ohio Department of Health's Richard Gary says keep an eye out for the tell-tale signs that you’ve been bitten by an infected tick.

“Fever, chills, head-ache, almost flu-like symptoms," are hallmarks of all the tick-borne diseases, which often are associated with a rash, says Gary, "and in the case of Lyme disease the rash is called a bulls-eye rash, or erythema migrans.”

And Don't Forget the Mouse

Another thing these diseases have in common is that they’re all carried by another animal, the white-footed mouse.

In fact, that’s how the ticks get infected.

A mama tick doesn’t pass on Lyme or other diseases to the next generation, each spring the tiny larva need to feed on an infected mouse.

Then the next phase, called a nymph, can pass it on to a human.

These are the ones that concern naturalist Rob Curtis as he tromps through the wilds of Summit County.

“This spring we just started seeing them everywhere,” says Curtis 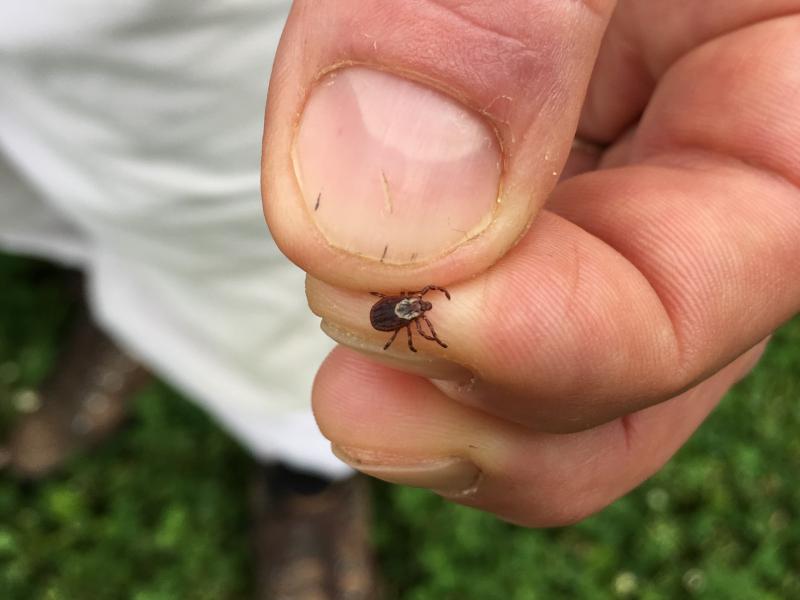 About the size of a poppy seed, the black-legged tick nymph is hard to spot, but he says it’s not a reason to fear the great outdoors.

“You take precautions," says Curtis, "wearing bug spray, DEET. There are sprays you can put on your clothing where the ticks just drop right off you.”

Curtis has taken his tick defenses to the next level…

“I go even further and shave my head.”

No ticks up there.

NOTE:  As of May 2018, 11 cases of Lyme disease have been reported in Summit County.