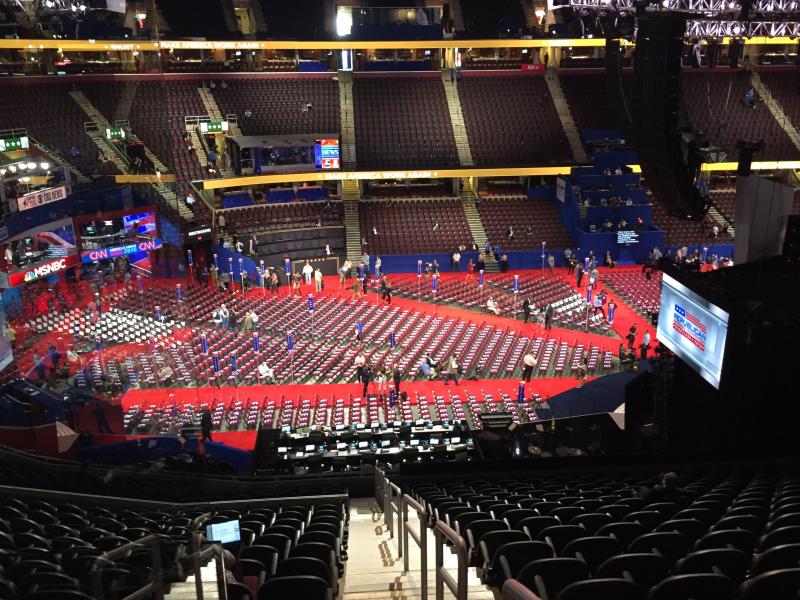 Two women who have been icons of Ohio Republican politics are in Cleveland this week, one helping to run the show and the other as a delegate at her fifth Republican National Convention.  WKSU’s M.L Schultze spoke with them separately about their goals for the party now that a convention each described as “like no other” is wrapping up.

Betty Montgomery, the former state auditor and attorney generalhoped the Cleveland convention would be Gov. John Kasich’s big moment – winning the Republican presidential nomination. And she says she and most of Ohio’s other 66 delegates need a bit of time to grieve. 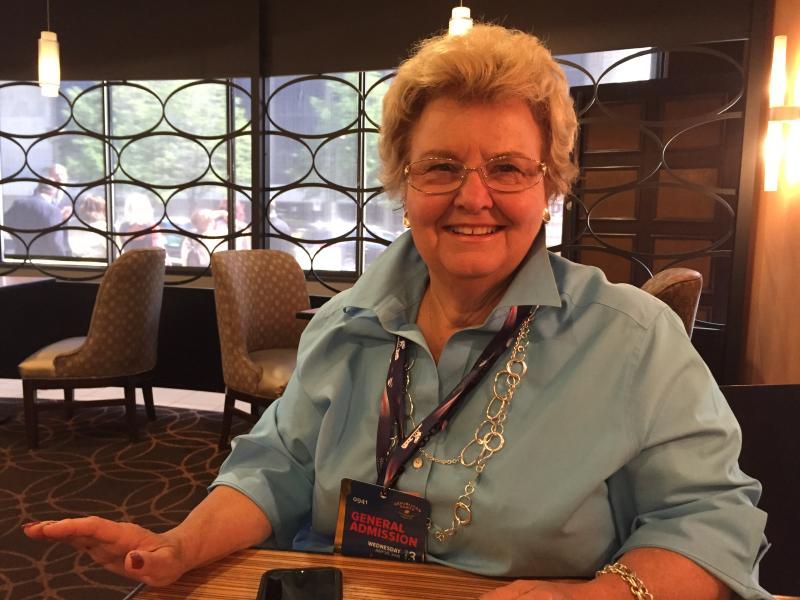 “Many of the delegates traveled across this country to support John Kasich, I mean literally were in the snow in New Hampshire. Most of us have invested ourselves for a long time in John Kasich’s candidacy.

“So it’s very hard as a home state a popular governor who you care about to just switch that off and in four days say, “OK, well we were for him, but now we’re for somebody else.' So you have to give the Ohio delegation a little room.”

Would the delegation need that room if Donald Trump weren’t the candidate?

“Frankly, what’s happened just this week between the Trump campaign vs the Ohio delegation, amateurish kind of things that happened that didn’t need to happen, made it difficult for the delegation. Plus he is an unconventional candidate who’s made it very difficult for many to understand how we’ve gotten here. Sometimes it feels like a hostile takeover.”

Among the things Ohio delegates took as a thumb in their eye were the delegations seating, far off to the right of the stage, just ahead of the North Mariana Islands. Then there was the video tribute to Ohio GOP icons Sen. George Voinovich and Party Chairman Bob Bennett – hosted by someone who knew neither of them very well.

But Montgomery says the wounds could be healed with a White House win and successful presidency.

“In four years, if he’s a successful president, he will have everybody on board. He will have learned the lessons as a non-politician that you have to learn in terms of how you treat those you defeat. Because its up to the winner to be gracious. Our nominee is used to rolling over folks.”

Ohio’s GOP is largely considered one of the strongest when it comes grass-roots efforts. If the Trump campaign doesn’t tap that, she says, “We’re going to work like the devil to get (Sen.) Rob Portman elected and all our down-ticket candidates elected.”

But she expects the campaign will ask Ohio for help with its get-out-the-vote effort, and the party will find a way to blend the old guard and the new energy of Trump supporters. 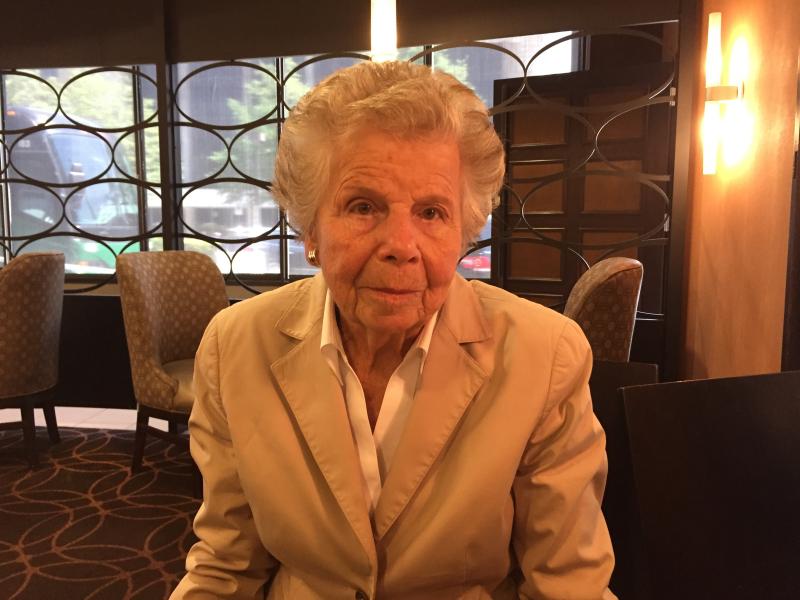 Life lessons and the fun of politics

Jo Ann Davidson chaired the GOP convention in 2008 and is co-chairing the committee on arrangements for this year’s show. She’s also a former Ohio House speaker and a mentor for women in GOP politics.

That includes a workshop for young women during this week’s convention, trying to convince them, “politics can be fun. To a certain extent the fun has been taken out.

"But it’s sort of like – I know this is not a very good illustration … but it’s sort of like the dog who chases the fire truck. So when you hear the bell go off and it’s the beginning of a campaign, you want to be part of it, because it is not only important to the future, but it’s a great experience in learning human nature, learning how to interact with people who disagree with you, and hopefully learning the importance of voting.”

So what’s taken some of the fun out of it?

“I think people kind of get pushed away from politics. They think it’s all so nasty, and quite frankly, it is much nastier than it used to be. … It’s tougher on your family, the demands on you, and you don’t want to necessarily sit down every night and hear your reputation torn apart.”

She says the non-politician Donald Trump is tapping into some overall dissatisfaction about more than politics.

“I think Mr. Trump has really kind of figured out why there’s so much disillusionment right now and he’s speaking to the group of people that feel they haven’t had any representation.”

Regardless of threats of floor fights and fears protests could get violent, Davidson says Cleveland has blossomed for the RNC. And she credits Mayor Frank Jackson.

“It was really Mayor Jackson’s dedication when they (the selection committee) were visiting to look at the city. He would meet them at the airport when they arrived and he would stay with them until they left. So he would welcome then and he would wave goodbye. What they left with is that Cleveland wanted it.”

“And people don’t always welcome you in this situation. Doing a convention in a city is expensive. It is hard. It requires a lot of work.”

This story is part of WKSU and ideastream’s election collaborative.