Looking Up: A Conversation With John Quincy Adams

John Quincy Adams, 6th President of the United States, was a proponent of science and astronomy and was at the dedication of the Cincinnati Observatory in 1843.

As the Observatory celebrates its 175th anniversary, Dean Regas and Anna Hehman talk with the former president (in the guise of reenactor Jim Cooke) about his presidency, his support of the creation of the Smithsonian, and hear part of his dedication speech. 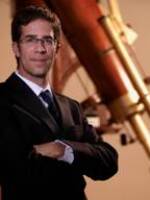 Dean Regas
Dean Regas is the Astronomer for the Cincinnati Observatory and a renowned educator, a national popularizer of astronomy and an expert in observational astronomy.
See stories by Dean Regas
Anna Hehman
Anna Hehman is the Director of Development for the Cincinnati Observatory. Her official duties include ensuring the financial security of the Observatory and securing support for its outreach programs as well as exploring relationships with potential funders. Anna also has a Marketing background and manages the Observatory's social media, where she resists the urge to post adorable animal videos on the O's social media accounts with almost 100% success.
See stories by Anna Hehman
Support for WVXU is provided by