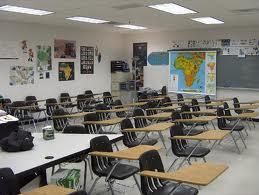 An education board in Kentucky has voted to eliminate a requirement that public school teachers earn a Master’s degree to continue in the profession.

The Education Professional Standards Board voted on Monday to approve a waiver that eliminates the mandate for teachers to move to Rank II.  The panel said the move will provide school districts with greater flexibility in recruiting and retaining educators.

Warren County Schools Superintendent Rob Clayton says when he initially learned of the decision, he was worried the state was lowering standards for teachers.

“However, one of the questions we had to ask ourselves is how impactful is the master’s degree on teaching and learning," Clayton stated in an interview with WKU Public Radio. "I think the answer to that depends on the particular program, perhaps the particular university, and maybe even the individual that we’re referencing.”

Under current standards, K-12 educators must start their Master’s within the first five years of teaching and complete the degree within ten years.

The state teacher’s union is opposed to the move.  In a news release, the Kentucky Education Association said teachers serve a role models for students, and part of that modeling is respecting education for its own sake.

"During a time when we are supposed to be encouraging students to think of themselves are college an career ready, it seems counterintuitive that our certifying authority would publicly state that it sees no value in having teachers earn an advanced degree," KEA President Stephanie Winkler remarked.

Kentucky's colleges and universities could lose a significant amount of money with fewer teachers furthering their education.  However, Dr. Gary Houchens, Professor of Educational Administration, Leadership, and Research at Western Kentucky University, believes teachers will still have an incentive to seek a Master's degree.

"Districts will continue to pay teachers higher salaries for earning a master's and so that incentive will remain," Houchens told WKU Public Radio. "High quality master's degree programs continue to be a good source of professional development, can help teachers add new credentials and certification areas, and serves as a useful mechanism for networking with other educators. For these reasons I believe teachers will continue to voluntarily pursue advanced degrees."

Employees of Kentucky’s public colleges and universities will continue to receive tuition assistance in the upcoming fall semester, despite the end of a program that allowed them take some classes for free at other schools.

The General Assembly this year eliminated a statewide mandatory tuition waiver requirement that allowed full-time employees of post-secondary institutions to take up to six credit hours per semester at no cost.  House Bill 592 retained those benefits only for employees of state and locally operated secondary area technology centers.