What Will 2019 Hold for Kentucky Bourbon? It Largely Depends on Length of Trade War 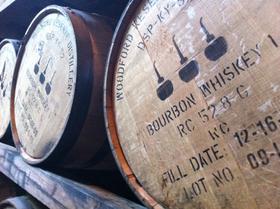 Kentucky’s signature spirit has never been more popular here in the U.S., or overseas.

But bourbon is facing the realities of an ongoing trade war between the Trump Administration, China, the European Union, Canada, and others.

As 2019 nears, Kentucky’s whiskey producers are bracing for the impact tariffs could have on their international sales.

Listen
Listening...
/
Hear our story about how the trade war is causing a cloudy outlook for bourbon in 2019.

‘Pawns In a Trade War’

Kentucky Distillers Association President Eric Gregory had a funny reaction earlier this year when he first heard that the European Union and others were threatening to place tariffs on bourbon in retaliation for President Trump’s plans to put tariffs on imported steel and aluminum.

It meant bourbon producers had to come up with a plan to dodge, as best they could, the tariffs that were eventually placed on the whiskey they export to many of their major markets.

Gregory says many of the big-name producers had enough supply on hand to ship surplus bottles overseas ahead of the tariffs going into effect. But he says that extra supply is running out as the calendar turns to 2019. And that means Kentucky bourbon being exported now will land on shelves in Canada, China, and the European Union with a higher price tag because of the tariffs.

Gregory worries that could lead to several bad things. 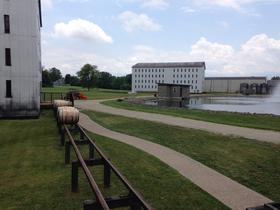 “We’ve done such a great job in the past decade of really changing consumers’ tastes overseas, that a lot of them are now moving to Kentucky bourbon where they were drinking Scotch, or Irish whiskey, or Canadian whiskey,” Gregory said. “And we’re worried that if they go to their local watering hole and see a higher price Kentucky bourbon that they’ll either go back to what they were drinking. So we could lose people on the shelf prices.”

“The other option is to absorb as much, or all, of that 25 percent tariff and remain competitive on the shelf, but then you start to see less profits coming back home, which means fewer investments and fewer jobs here in Kentucky, and we don’t like that either.”

Tariffs Could Halt Bourbon’s Progress Around the World

The trade war has come at a time when American whiskey is achieving unprecedented popularity overseas. The Kentucky Distillers Association says Kentucky Bourbon and Tennessee whiskey exports surged 14 percent in 2017, making it the largest export category among all U.S. distilled spirits with more than $1.1 billion in revenues.

Bourbon producers will be watching in 2019 to see if the ongoing trade war stunts their hard-won progress overseas.

The head of Kentucky’s bourbon association says he’s worried that a drawn-out trade war could slow down growth of the state’s signature distilling industry.

Kentucky bourbon is in the crosshairs of retaliatory tariffs from the European Union, Mexico and Canada after President Trump’s decision to impose tariffs on steel and aluminum from those countries.

Craft Bourbon Brewers Ride The Boom, Prepare For A Bust

Craft bourbon distillers have been growing for the past several years as drinkers rediscover heritage and new styles of brown liquor drinks. Some might call it a boom. But many distillers have seen the boom-and-bust cycle of liquor popularity before and are exploring ways to hedge their bets against another bust.