2015 was the year Ohio lawmakers worked to overhaul the charter school system while a data scrubbing scandal was playing out at the state’s department of education.

In January, when the brand-new Speaker of the House Cliff Rosenberger laid out his priorities for 2015, reforming charter schools was at the top of the list.

House Bill 2 was touted as bringing more transparency and accountability to the charter school system. Stephen Dyer with the liberal-leaning think tank Innovation Ohio said this is a system that has gone fairly unregulated compared to its traditional public school counterpart.

“We need to make it absolutely clear that these are actually public schools and not by just calling them public but by having the duck actually quack and walk like a public entity,” said Dyer.

Republicans and Democrats were unified on most of the issues on the bill. The biggest controversy came when the House failed to hold a vote before leaving for summer break. But the chambers returned and sent a final version to the governor without much debate.

However, during that summer break, it was revealed that the state’s top charter school official, David Hansen, rigged the evaluations, leaving out failing grades for some online schools. This caused a stir among officials who were already big critics of charter schools and had some, including Democratic Representative Teresa Fedor, asking if the state’s schools Superintendent Richard Ross had anything to do with the data scrubbing.

“It seems highly unlikely, if not impossible that he had no knowledge of the charter school data scrubbing that happened on his watch,” said Fedor. 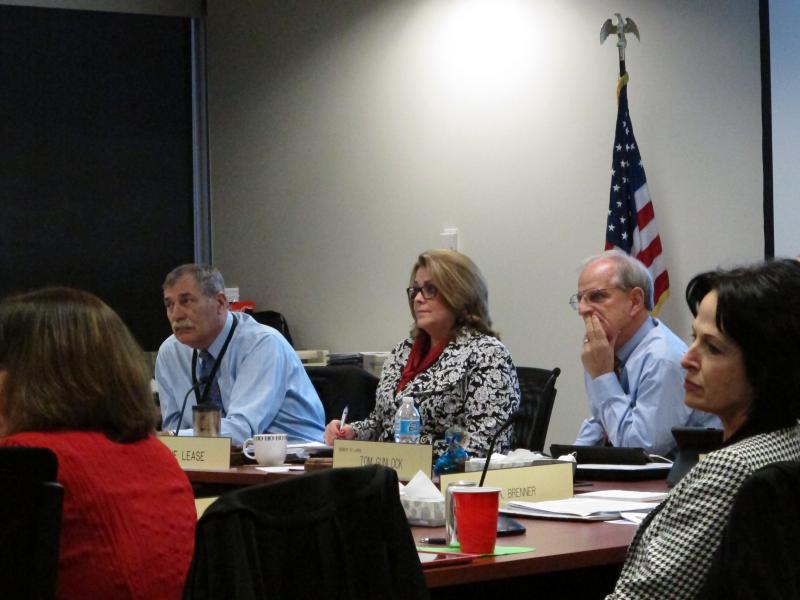 The Ohio Department of Education released more than 100,000 emails, texts and other documents related to the evaluations. None seemed to indicate a cover up. Ross went on to answer a slew of questions during a state board of education meeting in hopes of clearing the air.

“I’ve been very disappointed and upset about this. It is something that is so counter to everything that I believe because I believe in accountability for all schools, doesn’t matter if they’re community schools or if they’re traditional schools,” Ross said.

Hansen resigned in July and a few months later Ross announced that he would retire at the end of the year.

Meanwhile, the state was granted $71 million from the federal government to be used for charter school improvement. But, because of the data scrubbing fallout, the state must meet new conditions before the feds release that money.

2015 will also be known as the year teachers and students prepared for an all-new assessment known as PARCC, only to throw that test out after one use.

PARCC caused headaches for teachers and administrators. Districts experienced glitches with the online version, teachers unions were not pleased by how long they had to wait for the results, and parents thought the testing schedule was too long and put too much pressure on students.

Republican Senator Peggy Lehner of Kettering chaired a committee that held a comprehensive review of PARCC. The group found, among other things, that the tests were taking too long.

“Once PARCC refused to shorten the test to a point that it was acceptable to the testing group I felt that it was very likely that we would end up dropping PARCC altogether,” Lehner explained.

And that’s exactly what happened. The Legislature ended the state’s use of PARCC and the Ohio Department of Education is developing a new assessment, with a testing group known as AIR, to be used later this school year.

What’s next for education policy in 2016 is unclear. Some advocates are now calling for lawmakers to reform charter school funding while school funding formula overall continues to be a main source of debate.