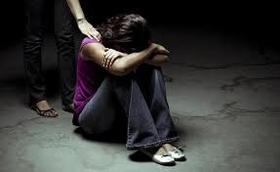 A new  report by the Centers for Disease Control and Prevention finds suicide rates rose in nearly every state from 1999 through 2016.

Dr. Dennis Embry CEO/president of PAXIS Institute and co-investigator at the National Center on Early Adolescence in Oregon began the discussion with the latest research related to mental, behavioral, and emotional health issues facing adolescents.

“One out of two of America’s children will have a mental, emotional or behavioral disorder - things like addictions, ADHD, anxiety disorders, depression, etc. - by age 18,” Embry said. “That is a fact. We also know this prevalence rate is increasing significantly every two years. I gave a congressional testimony to about 400 people. I asked the 30-somethings, which were better than half, how many had a friend in college or high school complete suicide. Almost all of them raised their hands. I asked the rest of us in the room over the age of 55 the same question. Only three people raised their hands. That’s hard to misdiagnose a dead person.”

Embry advocates for improving social relationships because he says coercion and punishment often make the behavior or condition worse. He played a harmonica as an example of one simple way teachers can use as an alternative to get a class’s attention.

“It reduces transitions from two to five minutes to twenty seconds,” Embry said. “That means there’s less aggression, bullying, pushing, shoving, name-calling and negative peer reinforcement. That has an immediate effect in reducing anxiety and ADHD. Then we teach students to write positive notes to each other, and this improves behavior moment by moment. And if those accumulate over time, we’ve been able to show that peer reinforcement from first and second grade - that is what prevents suicide in adolescents and young adulthood.”

Embry says many other factors play a role, but these simple things have been able to reduce psychiatric and behavioral disorders in the immediate environment in just one semester. The model Embry described has been working at Ohio Avenue Elementary School in Columbus according to principal Olympia Della Flora.

“I don’t have time to do the research, because I’m doing the action,” Flora said. “But he can help teachers understand there are simple things we can do. We used to clap to get the kids attention, not thinking that can sound like a gun shot or like a child who’s been beaten. A child hearing that could send them into a traumatic event. The harmonica is a peaceful way, and it’s a non-threatening way that doesn’t point someone out or reinforce negative behavior. So, little things like that – getting teachers the skills that they need. Teachers want to help kids.”

Flora says she wants the school to prepare kids academically, but also socially and emotionally. Journalist and author Katherine Reynolds Lewis spent five years shadowing teachers in their classrooms. She says there needs to be a strong personal connection and a clear set of expectations.

“I really believe this is the foundation for kids to learn self-regulation,” Lewis said. “If they see an adult self-regulate and have that empathy. Sometimes a gentle touch on the arm will help kids brains calm down from that agitated state to be able to access the prefrontal cortex where they solve problems and think critically and make good decisions. Number two is the communication about whatever is going wrong. The teachers and the kids talk about what they want to see in the classroom. At the beginning of the year, they set classroom rules that define how that group is going to function so that children have buy-in.”

Lewis says a third component focuses on capability-building instead of rewards or punishments – thinking of the child acting out as missing a skill and working collaboratively to strengthen the child’s behavioral health. These models are beginning to take shape around the state. Dr. Embry encouraged CMC attendees to explore research articles at pubmed.gov – the National Library of Medicine.

Worst Flu Season In A Decade Has Not Reached Its Peak

This has been one of the nastier flu seasons in recent years, leading to an alarming number of sick people. According to the Centers for Disease Control, influenza is widespread in 48 states and Puerto Rico, and the flu season hasn’t hit its peak yet.

Addicted To Devices: How Screen Time Is Impacting Your Kids

An increasing number of medical researchers, educators and tech professionals are issuing warnings about the amount of time children and teens spend on smartphones, tablets and computers.