As Funding Dries Up, A Rural School District Struggles To Help Latino Kids

Tecumseh School District, just outside of Springfield, includes the tiny towns of New Carlisle and Medway—and a whole lot of farm fields and two-lane highways.

“This is a cow,” says English paraprofessional Liz Toro. She’s giving two little girls at Park Layne Elementary their daily English lesson. “What sound does a cow make?” she says, pointing at a picture of a cow. “Moo! Yes.”

There are more than 60 English language learners here—Toro and another English aide see each of them for about a half hour a day, in small groups. She says when the kids go to take standardized tests, something as simple as a reference to a cow could get lost, because the kid knows what a cow is, but doesn’t know the English word.

“Many of them miss that because they don’t know the language,” she says. Toro thinks the kids could use more books, and more classroom time and space to learn English—but she's aware that funding is limited. 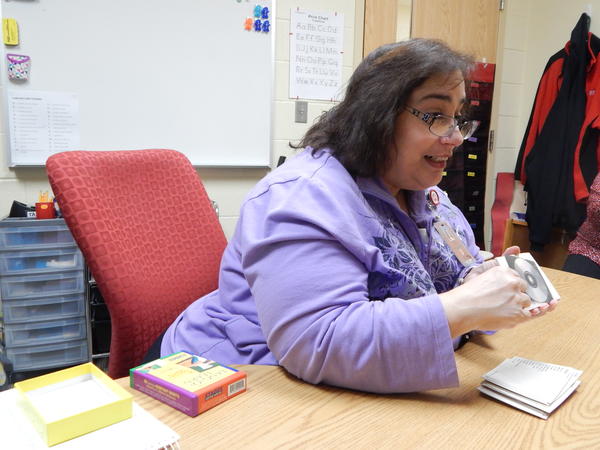 Almost ten percent of the students here are learning English; most of their families are from Mexico, as this area has drawn migrant field workers for decades.

Interim Superintendent Paula Crew says they try to start kids’ English early, because it does take time to catch up.

“If I’m a kindergartner and I come in not having any English in my repertoire, five to seven years later I might be considered extremely proficient,” she says. The district focuses resources on the younger kids.

But in the past, language teachers here were paid with federal money that’s specifically for children of migrant workers who move seasonally. Now, there are less seasonal workers—Crew says a lot of people are working at local nurseries and sticking around. 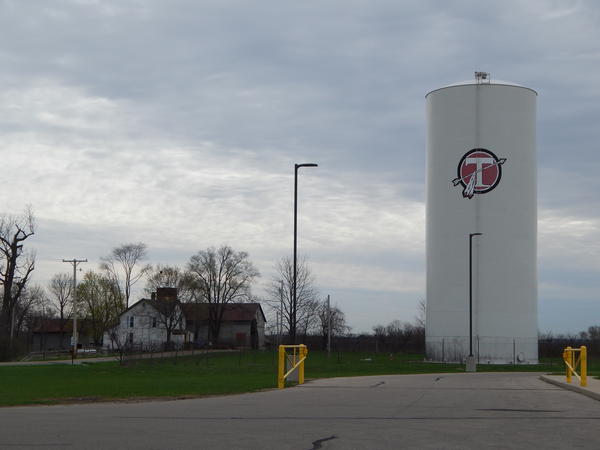 “Those who come to work at the nurseries here we’re finding are buying, or renting permanent housing, and staying here all year long.”

That change means cuts to the those federal funds. The district puts more of its limited resources towards the younger kids, and by the time they get to high school, there’s a lot less support.

Diana Hobbs works with Family and Youth Initiatives, a local non-profit that sometimes teaches in Tecumseh schools—they are also trying to figure out how best to support Latino kids, and hoping to get funding to have Spanish speakers in their pre-K program. She says during a recent visit to the high school, she noticed two kids in the back of the class talking incessantly.

“I’m like, guys, I need you to pay attention to what I’m saying,” she says. She thought they were just messing around, until she realized—they were translating. “One translated for the other, because he didn’t speak any English.” 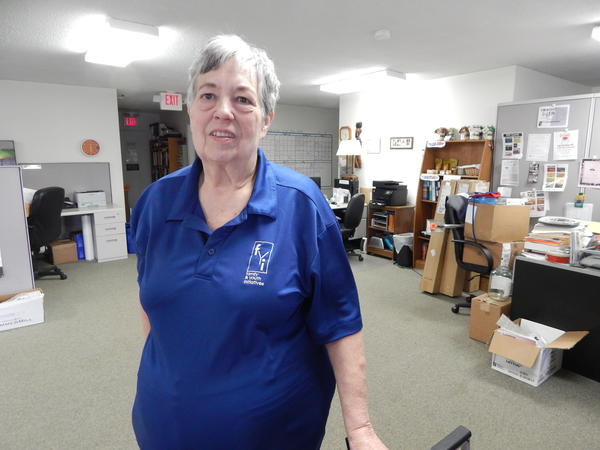 And it’s possible to be in high school here—and not learn English. Kids simply fall through the cracks: there’s no after school program, no tutoring, no summer school geared towards older students who don’t speak English. The graduation rate for Latino students here is at 75 percent, compared to 90 percent for white students.

Pat Banascak, the director of Family and Youth Initiatives, says that disparity is not just about language, but also economics.

“A lot of our Hispanic children still have to go out in the fields after school, and work ‘til dark and then they’re expected to do three or four hours of homework after that, and still be awake when they go to school the next morning,” she says. The last few years have been especially tough. “This area was hit hard with the recession that we had a few years ago, and it really and truly has not come back yet.”

For some, the most obvious option ends up being to drop out, and work to support their families. The schools themselves might not be able to change that.

Graduating Latino is WYSO's series on education for Latinos in the Miami Valley, produced in partnership with Think TV. It's part of the public media initiative American Graduate, which is funded by the Corporation for Public Broadcasting.
Copyright 2015 WYSO-FM. To see more, visit http://www.wyso.org.

For One Dayton Student, A Long Trip Here (Javier’s Story, Part I)

Inside a huge garage at the David H. Ponitz Career Technology Center, there are ten or so cars in different stages of being fixed, and about a dozen hydraulic lifts. Instructor Rick Seither calls his students over for a mini-lesson.

From Crossing The Border To Applying for College (Javier's Story, Part II)

Outside Javier’s house in Twin Towers, we’re looking under the hood of my car, a ‘98 Camry. He teaches me the difference between a line-4 and a V-4 engine—I’m just concerned about whether my car is okay at this point.

It’s pretty much accepted by education researchers that preschool attendance has positive long term effects—people who go to preschool are more likely to be successful in K-12 education and to adapt socially to being around other kids. Yet, preschool numbers for Latino kids nationally and in Ohio are lower than other ethnic groups.

A Dayton Mother Looks In From The Outside

Nube’s trying to get her kids out the door to school. Her six-year-old comes running down the stairs; her 15-year-old is up in the bedroom getting dressed. She and her children aren’t even five feet tall, but they fill up the kitchen bustling around trying to eat and get ready.