Kayden is an energetic five year old—though he’ll tell you he’s actually five-and-a-half. He lives in Russellville with his sister, Kaleigh, their grandmother, and her husband.

Kayden and Kaleigh are just two of the estimated 96,000 Kentucky kids living with a non-parental relative or a close-family friend--known as “fictive kin”--in the last three years. The KIDS COUNT Data Center estimates nine percent of Kentucky children has been under kinship or fictive care since 2016.

The two went to live with their grandmother, Kim Guffy, four years ago after an emergency protective order violation.Colin Jackson speaks to families impacted by the way Kentucky treats families in kinship care situations.

"We were in our 40s. We thought we were done raising children and had other expenses by that time," Guffy said of the shake up in her life.

The state agreed to pay for child-care assistance after days of back and forth. After a few relatively easy re-approvals, Guffy said the government cut off help for a year. That left her with around $700 a month in extra costs.

“There were absolutely no extras and we wondered every month how we were going to make it having childcare that was more than our mortgage,” Guffy said.

Guffy is far from alone when it comes to prioritizing custody of her grandkids over all else.

Louisville area grandmother Liz Johnson is raising her grandson who was born addicted to heroin. The child's needs are keeping her from working.

"I wasn't going to give him up," Johnson said. "I've always said even if I had to go without in a tent in the woods with him--if that's what I had to do, that's what I would do."

If the Guffys and Johnsons had been foster parents, the state would have provided them with about $750 dollars per month, depending on their age and health of the children involved. But for those in a kinship care situation, licensing as a foster parent could mean losing the child to a non-relative home.

When Guffy began taking classes to become a foster parent, the state told her it would get to decide where her grandkids went if she followed through with certification to raise them as a foster parent.

A familial caregiver won an appeal in a lawsuit against the state in 2017 to receive treatment like a traditional foster parent. Though praised as progress, that case will only benefit around 1,700 kids in the upcoming fiscal years.

This means grandparents like Guffy have limited options. That’s where grassroots organizations come in.

The Impact of One Determined Grandmother

Known in some circles as “Head of the Grandma Underground,” Hardin County native Norma Hatfield has gathered thousands of stories and educated lawmakers about them.

"Eventually, I said this is enough. These things have to change and I also became aware of the need for Kinship Care because I met lots of families in different grandparents support groups that were struggling more than myself," Hatfield said.

The Kinship Care Program she's referring to used federal help to give guardians $300 a month to help with expenses. The commonwealth quit approving new cases in 2013, citing an $86 million budget shortfall.

Lawmakers did set aside nearly 5 million dollars in the 2018-2020 budget to restore payments to the kinship program. The state, however, used up those funds to partially pay the nearly $15 million-per-fiscal year cost of the lawsuit it lost to familial caregivers.

Many grandmothers in Hatfield’s group are angry at the lack of state help. She describes the placement process as fast-paced and without much guidance.

It can seem formulaic: a call or knock on the door, then an inspection to make sure the home is safe and maybe a court appearance down the road to establish custody. After that, the social workers mostly disappear. Hatfield says there’s not a lot of handholding from the caregivers’ perspective.

"There are so many families out there that are having to make decisions on a day-to-day basis of whether they're going to have to call a social worker and send the kids to foster care because they just can't take care of them any more, and that just shouldn't happen," Hatfield said.

The commonwealth recommends a number of options in place of the Kinship Care Program. There’s a resource hotline for relatives with custody. The state also suggests parents use state and federal child health care and meal assistance programs. It can appear, however, much of the burden remains on private advocacy groups to fill in the gaps.

Community Action of Southern Kentucky provides aid to children in 10 counties including Warren, Barren and Logan. Martin McNew works with the group's Head Start program, which aids kids from birth to age five.

He described it as "almost like a social service aspect. The family has their own caseworker...and we will provde the support and assistance."

Terry Brooks, executive director of Kentucky Youth Advocates, said while Frankfort does need to show more support, the onus of taking care of these children is also on the community. He says social factors like poverty, rising incarceration rates and the opioid crisis have all added to the kinship care spike.

"If you take just those three factors, different states do better or worse in each of those. We know as Kentuckians, unfortunately, we are hitting the top of the national rate in each of those," Brooks added.

For relative caregivers like Guffy, that's an interesting challenge to overcome.

"People make assumptions about relative caregivers--that we raised bad kids and that's why we're stuck with our grandkids." She added she would like to see more respect come from the commonwealth throughout the whole placement process, as negative presumptions can lead to a stigma which prevents real progress.

Caregivers are once again suing the commonwealth. This time they're seeking to expand the state's interpretation of the 2017 decision to include a broader range of guardians eligible to receive payments.

Meanwhile, state lawmakers have pre-filed a bill for the upcoming session to restore kinship payments. The plan would combine $17.5 million in state funds with the same amount in federal money to once again provide $300 per month to low-income family and fictive kin for fiscal year 2019-20 if approved. 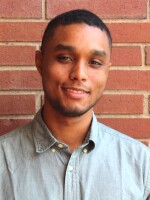 Colin Jackson
Colin Jackson joined the WKU Public Radio news team in October 2018 as Morning Edition host and reporter. Jackson comes to Kentucky from Michigan where he worked in the newsroom of NPR member station WDET in Detroit. He also has experience as a host and producer with Townsquare Media in Lansing, Michigan and Impact 89FM in East Lansing.
See stories by Colin Jackson
Support for WVXU is provided by