In the latest Columbus budget, there's $1 million set aside to install a new system called ShotSpotter. It’s a computer software that uses microphone-like sensors in neighborhoods to detect gunfire, and it tells police nearly exactly where shootings happened.

ShotSpotter is already being used in several Ohio cities, including in Canton and Youngstown.

Could the technology really help reduce crime? A glance at Cincinnati, which launched ShotSpotter last August, provides a hint.

“They will run it through a machine algorithm to confirm it is gunfire, as well as put human ears on it to make sure they do not believe it’s fireworks or some other ambient noise that would be believed to be gunfire,” says Assistant Police Chief Paul Neudigate.

In Cincinnati, ShotSpotter is concentrated in a three-square mile area of a neighborhood called Avondale. There are about 20 sensors per square mile of coverage. It’s been one of the city’s most violent neighborhoods for the past decade.

Neudigate says so far, ShotSpotter seems to be working.

“In Avondale, we were averaging almost three gunfire incidents a day. It’s starting to taper off,” Neudigate says. “Avondale led with 46 shooting victims for 2017. As of today, we’re one-third of the way through the year, we have a total of three shooting victims in Avondale.”

As of April 30, gun shooting victims were down 47 percent compared to this time last year. Neudigate says it’s not all due to ShotSpotter, but is at least in part due to the technology. That's in large part because ShotSpotter helps police pinpoint their work. 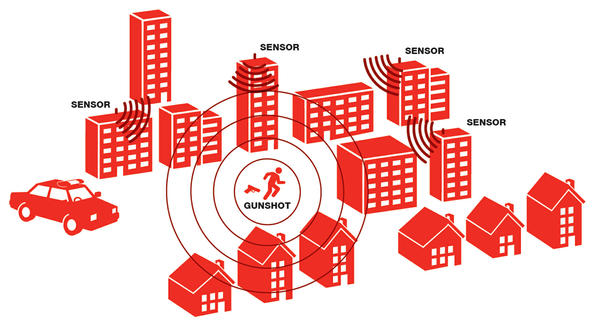 “Where we deployed in Avondale, only 15 percent of every time a gun is fired do we have a companion 911 call," he says.

And if they do get a 911 call, ShotSpotter tells Cincinnati Police nearly exactly where to go.

"Ain't Nobody Heard About That"

SpotShotter's microphones and GPS technology might be working for Cincinnati Police, but many Cincinnati residents don’t even know it’s there.

I spent the day knocking on doors to get people’s thoughts on ShotSpotter. But most people had not heard of it.

Cincinnati resident Linda Lyons isn’t interested in the data, but she thinks the tool can help police solve crime.

“This is the first time I’ve heard anything about it. And my son, which he lives upstairs, he’s more in that app age, you know,” Lyons said. “However, it isn’t anything he’s even discussed with me.”

Neudigate says the lack of community awareness is in part because Cincinnati Police were cautious about how much they shared and when.

“Some police departments, when they employ gunshot protection, wanna keep everything secret. Some are telling everything,” Neudigate says. “We kind of split the middle of the road. Put enough information out there, but we really didn’t talk about the specific geographical area.”

The sensors are all over the neighborhood, but residents can’t be too sure what they look like.

“Buildings, poles, wherever we could find that would be the best fit. And I’m told they look very much like a cell phone captured in some type of container. Very innocuous,” Neudigate says. “But we don’t want too many people to know what they look like because we don’t want people to shoot the sensors.” 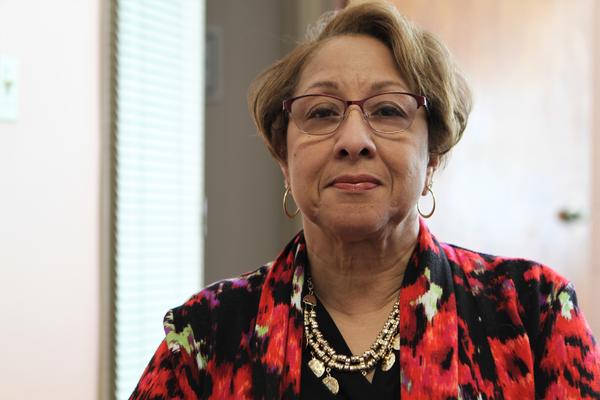 Dorothy Smoot, who directs the Community Police Partnering Center in Avondale, supports the use of Shot Spotter but says it’s problematic that so many people don’t know what it is.

“One of the things that’s also important is to make sure there are periodic updates for the community,” Smoot says. “We all engage at different times, so it’s important to make sure we keep communicating the message so that as many people as possible can learn about it and understand what’s going on with it.”

WOSU reached out to the Avondale Community Council, which declined to comment on ShotSpotter.

Neudigate says they hope to expand ShotSpotter to other areas. But he says they’ll be more vocal with residents. ShotSpotter also touches other communities adjacent to Avondale - Walnut Hills, Corryville, and North Avondale.

“I hope if we do expand, and I do hope that we do, that we would be more forthcoming,” Neudigate says.

Before rolling out ShotSpotter, Cincinnati Police conducted a neighborhood survey in Avondale.

“We had the foresight to do a survey prior to implementation. And we asked the community respondents to rank where you believe gun violence is as a priority for the Avondale community. Over 50 percent of the respondents said ‘number one priority, no doubt about it,’” Neudigate says. “Then we said, ‘Well how do you believe the Cincinnati Police department prioritizes gun violence in the Avondale community?’ And I think it was only 16 or 17 percent said it was our top priority.” 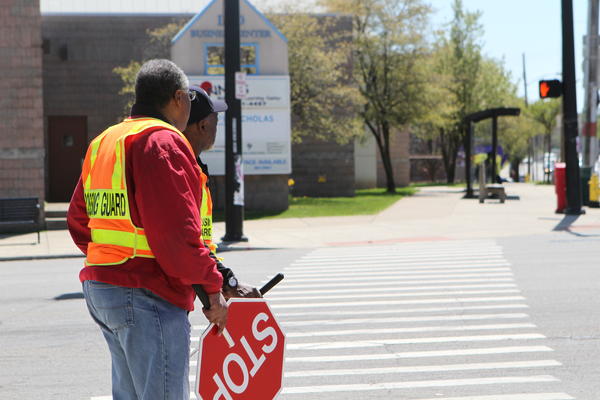 He hopes results would change if the survey were to be conducted again. The next step is for the police department to do a door-to-door campaign in the neighborhoods adjacent to Avondale that are covered by ShotSpotter but are unaware of the fact. The timeline for that has not been determined.

ShotSpotter isn’t cheap. It costs $65,000 a year for every square mile. In Cincinnati, that equals $195,000 a year. The City of Columbus thought about using Shot Spotter in 2011, but determined it was too expensive.

Now it wants to roll it out in at least one neighborhood as part of the Comprehensive Neighborhood Safety Strategy, but the timeline is not clear.

How Gun Violence Shapes The Lives Of Children

Beginning with Columbine high school on April 20, 1999, more than 187,000 students have experienced a shooting at their primary or secondary school, according to a Washington Post analysis. But school shootings are extremely rare compared to other forms of gun violence children face. Almost two dozen children are shot in the U.S. every day. The impact of violence has spread fear among students and changed the learning environment.

How ShotSpotter Can Be A Game Changer for Avondale

In Avondale, a Cincinnati neighborhood with an "overabundance and saturation of gunfire activity," police have a new way of pinpointing it so they can get any victims to the hospital and collect evidence.

The Cincinnati Police Department is pleased with the initial results of ShotSpotter, which is being used to cover a three-square mile area of Avondale.

ShotSpotter uses sensors on rooftops and street lights to listen for gunfire and notify police in 30-45 seconds. There are twenty sensors per square mile.

"I, for one, am glad it's snowing," Elena Villalon told a cheering crowd in front of Cincinnati's City Hall Saturday morning. The University of Cincinnati junior continued, "Because I see a lot of snowflakes, and together we make up a snow storm."