This year marks the 50th anniversary of Dayton, Ohio’s sister city relationship with Oiso, Japan, and to mark the occasion, officials will welcome a delegation from Oiso to the city next summer.

Dayton actually has five sister cities around the world. “The oldest of which is Augsburg, Germany,” says Kevin Lydy, chair of the Dayton-Oiso Sister City Committee. “That [relationship] was established in 1964. Oiso, Japan is our second oldest, in 1968, and then we have three others: Holon, Israel, Sarajevo and Bosnia-Herzegovina, and then Monrovia and Liberia.”

Listen
Listening...
/
In this excerpt from WYSO Weekend, Kevin Lydy tells us how sister city relationships are formed and their purpose. 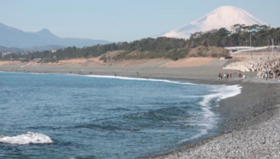 “The majority of our sister city relationships began with the relationship that was established with NCR,” says Lydy. “When NCR was in Dayton they had connections both in Augsburg and in Oiso. And so NCR really helped facilitate relationship.”

He adds, “A lot of what it entailed was either adult or student exchanges where adults would go over, learn a little bit about those cultures. It’s really about fostering relationships, about fostering understanding, and just kind of broadening people‘s experiences of this world as opposed to be in landlocked into a particular city.” 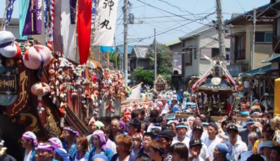 The city of Oiso is about an hour and a half west of Tokyo according to Lydy, who describes it as a heavily traveled-to seaside town.

“It is very small, especially compared to Dayton,” he says. “They’re in the tens of thousands in the population which is very small, so financially they don’t have a lot of industry, they are a tourist town but there’s not a lot of manufacturing or other things like that, so they are struggling in trying to attract businesses to the area as well. But it’s a beautiful location. We got to go in to the mayor’s office and right out his window is the Pacific Ocean, so it’s a beautiful, beautiful town to visit.” 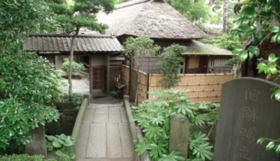 Lydy says he’s “always been fascinated with Japan.” Along with several visits to Oiso as part of the sister city committee, he lived in the country for two years while working as an educator--after graduating from Wittenberg University, he went to Japan to teach English as a foreign language in several elementary schools.

To celebrate the 50th year of Dayton’s sister city relationship with Oiso, Lydy, along with other committee members and city officials are planning events to welcome a visiting Oiso delegation next summer.

Follow this link to find out more about Dayton’s sister cities and updates on upcoming events.

Like many smaller post-industrial cities, Dayton, Ohio, was hit hard by the Great Recession and continues efforts to transform its business and employee base to meet the needs of our new tech economy. The city also suffers a high poverty rate and has been battling the ongoing opioid crisis.

The designer of an iconic automobile has come back home to Dayton. Gale Halderman was born in Tipp City. He graduated from Bethel High School in 1950 and then attended art and design classes at the Dayton Art Institute. It may be surprising that the name behind one of America’s most popular sports cars didn’t set out to design anything like it.

“I loved to do lettering,” he says. “I used to letter all the school buses at school when I was in school. And then I saw this class that was designing televisions and bicycles and I thought, boy does that look exciting.”