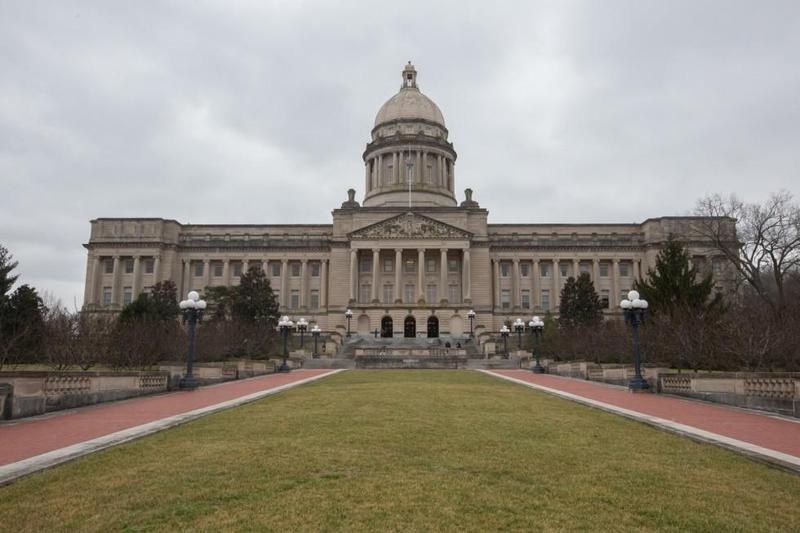 An eastern Kentucky lawmaker has filed a bill that would ban women from receiving abortions once a fetal heartbeat can be detected, which takes place as early as the sixth week of pregnancy.

The proposal would be one of the most restrictive abortion policies in the country. Similar measures have failed to pass in other states or been struck down by courts.

Rep. Robert Goforth, a Republican from East Bernstadt, said he recognizes the bill will likely draw a legal challenge, but that he wants the legislature to take a conservative stand.

“When that baby’s heart’s beating, you have to recognize that is a life there. The only person that should be the author of life is God and not man,” Goforth said.

“How do we change things? We bring it to people’s attention. We show them where the people stand on issues.”

The proposal would make it a felony for doctors to perform an abortion if there’s a fetal heartbeat unless the woman has a medical emergency that would otherwise lead to death.

Critics of the proposal say that at six weeks, many women don’t even realize they are pregnant yet and that the policy doesn’t provide exceptions for fetal anomalies or women who are victims of rape or incest.

Kate Miller, advocacy director for the ACLU of Kentucky, said the point at which a fetal heartbeat can be detected is too early to ban.

“That’s pretty close to when you would be missing your first period and from a practical perspective, many individuals don’t even know they’re pregnant at the six-week mark,” Miller said.

“The ACLU of Kentucky has very serious concerns when it comes to the constitutionality of this legislation and we will be monitoring it very, very, very closely in this upcoming legislative session.”

In the landmark Roe v. Wade ruling in 1973, the U.S. Supreme Court said states can’t abolish abortions before viability — the point at which a fetus can survive outside of the womb.

But anti-abortion advocates hope a newly configured U.S. Supreme Court can overturn the decision and are pushing for measures to undercut the ruling in legislatures across the country.

Goforth said a challenge would be worth it.

“If it ends up in the courts, I am fully prepared to fight and stand up for what I believe in and that is protecting this innocent, unborn child,” Goforth said.

The legislative session starts on Jan 8.

The Kentucky legislature has passed several new abortion restrictions in recent years, including a ban on abortions after the 19thweek of pregnancy, an ultrasound abortion requirement and a ban on an abortion procedure commonly used in the second trimester of pregnancy.

Courts have temporarily struck down the ultrasound requirement and ban on “dilation and evacuation” abortions while lawsuits over the policies are pending.

A federal court also struck down Kentucky’s law requiring abortion clinics to have written agreements with a hospital and ambulance services in case of emergencies.

Goforth issued a news release saying he will make a “major political announcement” on Tuesday.

Activists Brace For 2019 Abortion-Rights Battles In The States

With a newly configured U.S. Supreme Court, the stakes are high for abortion-rights battles at the state level. Abortion-rights advocates and opponents are preparing for a busy year — from a tug-of-war over Roe v. Wade to smaller efforts that could expand or restrict access to abortion.

The Ohio House had the votes to override Gov. John Kasich’s veto of a controversial abortion bill. The Senate tried to follow suit but, in the end, it couldn't. Here's what happened.