Every day businesses and governments are taking on a growing danger that isn’t playing out through physical aggression but through digital attacks. The state’s top military official explains what the state is doing to gear up in the new age of cyber warfare.

U.S. Air Force Major General Mark Bartman has spent decades serving the nation, protecting it from one threat after another.

As he explains, the military used to prepare for assaults at different locations, expecting aggressors would charge in with vehicles and weapons. But things are different now.

“The vast majority of those attacks out there today are happening via the Internet, via the cyber world and via people’s keyboards from wherever they happen to be.” 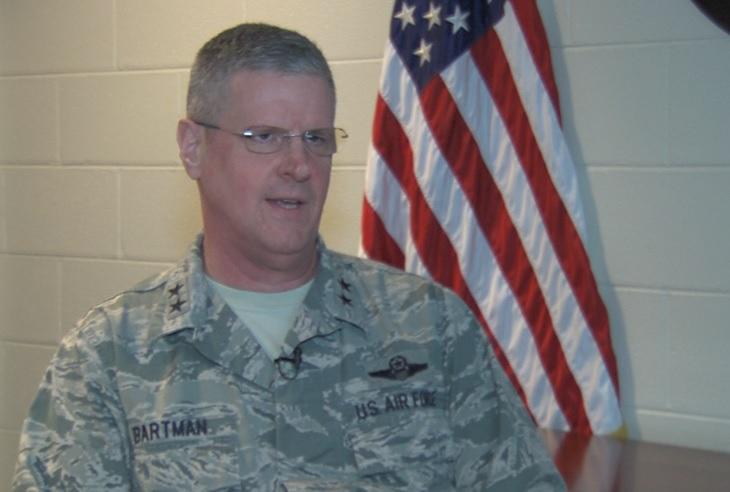 Bartman says cyber warfare is happening on a daily basis, with hackers from around the world posing a threat to individuals with personal information, businesses and universities with intellectual property and governments with data. National security is also vulnerable to hackers who target systems, such as the power grid.

That’s why Bartman, who’s also the adjutant general of the Ohio National Guard, is leading a team private and public sector groups to improve the state’s cyber defenses.

The Ohio Cyber Collaboration Committee, also known as the OC3, is working on ways to educate businesses and individuals in order to avoid falling victim to hackers.

“People look at like ‘well if it doesn’t affect me here at my home or at work then maybe it’s not quite that bad well you’ve gotta understand how the big world of things works out there. There are bad guys out there every day that are trying to do things in a malicious way.”

One suggestion includes implementing an authentication process that includes two steps – such as requiring an employee to plug-in a badge and enter a strong password before using a computer.

The OC3 plans on rolling out what’s called a cyber range, a digital platform where people can gather to hone their cyber defense skills and learn more about how they can protect themselves. Bartman says this is something schools can use to educate kids too.

“This is also a way to hopefully get some excitement generated in that K-12 group because right now one of the fastest growing markets as far as jobs are concerned here in the state of Ohio as well as throughout the country is in the cyber realm.”

The OC3 is still in its beginning stages. Bartman hopes the group can put out its cyber range soon, start raising awareness about cyber threats, and maybe even work with lawmakers on how developing different policies could help protect the state moving forward.