Medina Spirit, the original winner of the 2021 Kentucky Derby, has been disqualified posthumously following a Monday ruling from the Kentucky Horse Racing Commission.

“Winning the Kentucky Derby is one of the most exciting achievements in sports and we look forward to celebrating Mandaloun on a future date in a way that is fitting of this rare distinction,” the release reads in part.

Medina Spirit’s owner, Hall of Fame trainer Bob Baffert, has been fined $7,500 and suspended for 90 days pending review, which means he would not be able to participate in this year’s Kentucky Derby. Churchill Downs had previously suspended Baffert in June after Medina Spirit failed a second drug test.

The horse died in December after a workout at Santa Anita. A necropsy showed no definitive cause of death. 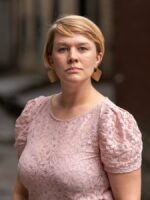