I meet Last Mile Food Rescue volunteer Rachel Moore at the back dock of Clifton Market. We're here for a pickup. It's one of dozens volunteers are doing throughout the day.

Moore got her start this winter when she saw a friend post about her volunteer work with Last Mile on social media. She was looking to do good after leaving a career as a special education teacher. She missed making an impact.

"The thing that I've been surprised by is how grateful the people who are donating are," says Moore. "Even just the people who are working at UDF or Kroger they're saying 'thank you so much for getting this; I hate throwing this away, you used to have to throw it away and it would kill me,' so they're really grateful that it's going to a good place."

Moore can relate to the feeling.

"I hate it when I don't plan right. I buy my fresh produce and it goes bad or the kids are gone for a week so the milk goes sour. It's really frustrating because I know there are people who are out there who really need this food and I hate throwing it away," she says.

After Clifton Market, the next stop is TQL Stadium in the West End so off I go with Food Rescue Dispatcher Benita Munnerlyn.

"The first FC rescue that we did was on Monday and we got cucumber and hummus and tomatoes; pork; chicken," Munnerlyn says.

Down at the loading dock at the FC Cincinnati's stadium, an employee arrives with a cart of food. Munnerlyn loads it into her car.

"Luckily the agency that we're going to is only about 10 minutes away so this is all going to stay food safe," she says.

Today the donation is going to Shelterhouse in Queensgate. The 22 trays of food will help to fill in some of the gaps for Shelterhouse along with its regular donations. Volunteer Manager Jenell Stevens says they serve nearly 78,000 clients a year.

"It has just really been a blessing, it has been wonderful for Shelterhouse," says Stevens. "They have been providing great donations for us to help sustain meals for our clients and they bring anywhere from three to five donations per week and that's great for us because we have so many clients - our numbers are rising."

Many social service agencies have seen the need grow throughout the pandemic. That's where Last Mile Food Rescue has been closing some of the gaps.

"Some agencies during the pandemic, it was almost over night that the demand for their services greatly increased," Munnerlyn says. "So some people they had to turn away. Or even if they were able to receive food, they had to turn away food because they didn't have the staff power to go get that for themselves. And so with Last Mile, not only have they gotten that increase of food so that they can meet the demand for the community but we also deliver it for them."

A non-profit founded during the pandemic is filling a growing need in the pandemic, and reaching a major milestone of half a million pounds of food rescued in just six months in operation. 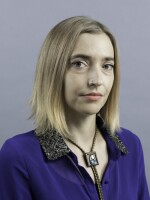