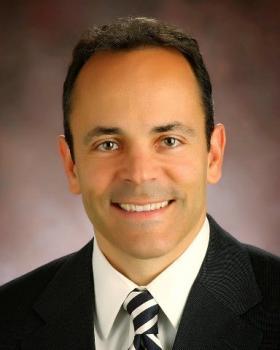 Pushback to changes made to Kentucky’s public pensions and Medicaid program have led to a drop in Governor Matt Bevin’s job approval.

A poll by Morning Consult suggests that Bevin is the fourth-least popular governor in the nation.

Fifty-seven percent of Kentucky voters said they disapproved of Governor Bevin’s job performance during the second quarter of this year, compared with 29 percent who backed him.  That’s a 25-point net dip from the first quarter.

During this year's legislative session, teachers were already upset with the governor over changes to their pension plans when he suggested that students faced physical or sexual harm being home while they protested in Frankfort.  Bevin later apologized for the remarks.  The first term governor has also faced a barrage of opposition for instituting a work requirement for some Medicaid recipients.

The governor’s office didn’t respond to a request for comment.  Governor Bevin hasn't said if he will seek re-election next year.

The survey was taken between April 1-June 30 and questioned more than 326,000 registered U.S. voters.

Gov. Matt Bevin says in order to put an end to school shootings, parents need to stop over-medicating their children and steer them away from cell phones and violent video games.

Kentucky Attorney General Andy Beshear is trying to capitalize on Gov. Matt Bevin’s unpopularity with school teachers. He’s focusing his run for governor on public education and has selected a rural high school administrator as his running mate.

A judge has denied Gov. Matt Bevin’s request to reconsider a ruling that struck down changes to Kentucky’s pension system, which were originally set to go into effect this weekend.