**AUDIO NOTE: We weren't in our home studio for this episode so we apologize for the audio issue during the first 90 seconds or so.**

Mike Massimino could be considered a Renaissance man or a pure over-achiever. He's a retired NASA astronaut who made four space walks during two shuttle missions to the Hubble Telescope. He's a New York Times bestselling author of Spaceman: An Astronaut's Unlikely Journey to Unlock the Secrets of the Universe. He's a professor at Columbia University. He hosts several science/space themed TV shows and documentaries. And he appeared as a version of himself in six episodes of the hit TV series The Big Bang Theory.

He's talking about his varied career, how he became an astronaut and actor, and his view on the current state of NASA on this episode with Dean Regas and Anna Hehman. 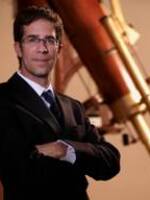