Covington has for the first time scored a 100% on the Human Rights Campaign's Municipal Equality Index, which measures how inclusive city laws and policies are for people who identify as LGBTQ+.

The Human Rights Campaign is the nation's largest LGBTQ+ advocacy group. Its index looks at:

In 2020, Covington scored a 96, losing points for public accommodations and the lack of health care benefits for people who identify as transgender. This year, Covington still lost points in those two areas but was able to make up for it with "flex points," which are points awarded on criteria that are not currently available in all cities, like having an elected or appointed leader who is openly LGBTQ+.

"I am extremely proud to work for a city that doesn’t just recognize diversity but sees it as a core strength," Covington City Manager Ken Smith said in a statement. "Covington has been a leader for LGBTQ+ equity and inclusion beginning almost 20 years ago when we became one of the first cities in Kentucky to adopt a fairness ordinance, and more recently with our sponsorship of NKY Pride and our prohibition of the discredited practice of conversion therapy. We strive to make Covington a place where our employees, our residents, and our visitors can unapologetically be their authentic selves."

The index looked at 506 cities in 2022, where the average score was 69%. The index saw 120 cities score 100%, including Cincinnati, Lexington and Louisville. 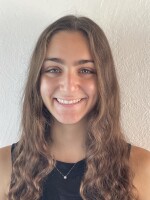 Marianna Dionysiou
Marianna is a fourth-year Creative Writing and Rhetoric and Professional Writing student at the University of Cincinnati. She is a current intern at WVXU. In her free time, she likes going to museums and coffee shops. She would like to be a journalist or an editor in the future.
See stories by Marianna Dionysiou
You might also like