The Labor Day weekend is traditionally considered the true start of campaign season. Now that we're past that, the campaigns are intensifying.  It's the time when voters are more likely to pay attention to the choices they will be making in November.

One person who keeps tabs on what’s going on year-round in the world of politics is longtime political watcher and political reporter for WVXU in Cincinnati Howard Wilkinson.

Of the five major statewide races, only one of them – the governor’s race – has received significant attention. Democrat Rich Cordray will face Republican candidate and current Ohio Attorney General Mike DeWine in November.

But Wilkinson said he expected more media attention for the race determining DeWine’s replacement as Ohio’s next Attorney General.

“(The race) deals with so many hot button issues and there’s so much for the opposition to run on,” Wilkinson said. “They’re basically running against Mike DeWine.”

Republican State Auditor Dave Yost and Democrat Steve Dettelbach are the candidates. While Dettelbach has spent the past few months raising funds and promoting his messages, Wilkinson said it is hard for him to get his message out with DeWine and Cordray “sucking all the air out of the room.”

One of Dettelbach’s messages is based around ECOT, the failed charter school that still owes $60 million to the state. DeWine has been criticized for not going after the school, but recently filed a lawsuit against several of its former officials and companies owned by the school’s founder Bill Lager.

“That scandal has touched a whole lot of primarily Republican office-holders in Columbus,” Wilkinson said. 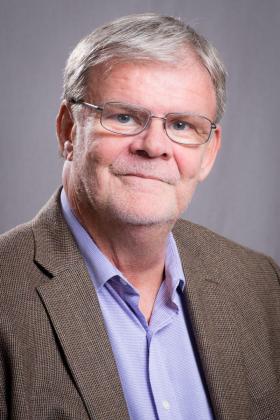 The Attorney General’s race is not the only one touched by debate and policy surrounding ECOT. The race for State Auditor – with Republican former Senate president Keith Faber and Democratic former congressman Zack Space – is also affected by ECOT.

“Keith Faber took a whole lot of money from ECOT and has returned it,” Wilkinson said. “But it still begs the question: why did (he) take that much money from an organization like this?”

But, according to Wilkinson, it is not just ECOT that could be a focus.

“I think the Democrats are doing the best they can to make it a referendum on (ethical problems in the legislature), whether it’s ECOT or any other number of issues, (including) Cliff Rosenberger, the investigation against the former Speaker of the House,” he said.

Rosenberger, a Republican, resigned earlier this year during an investigation into his relationship with payday lending lobbyists.

One of the most important races this November focuses on two candidates from Northeast Ohio with two seemingly similar campaign platforms. Democratic State Representative Kathleen Clyde and Republican State Senator Frank LaRose will face off for Secretary of State this election.

“I don’t see a great deal of difference between the two of them,” Wilkinson said. “I think Kathleen Clyde has been a more aggressive advocate of allowing people to vote under any circumstances.”

Clyde has also been vocal against Ohio’s voter purging process, which was upheld through a U.S. Supreme Court decision in June. Clyde has said she will put an end to the practice if elected.

LaRose also supports opening up voting and has even advocated for campaign finance transparency.

“He almost sounds like a Democratic liberal when he’s talking about the electoral system,” Wilkinson said.

The final race of note, and likely the most overshadowed state race, is the race for State Treasurer. Wilkinson called Democratic candidate Rob Richardson “an interesting guy.” Richardson was the chairman of the Board of Trustees at the University of Cincinnati, but is also known for his bid in the primary election for Cincinnati mayor last year, which he lost.

“(Pepper) thought (Richardson) would make a great statewide candidate, and particularly because the fact he’s African American,” Wilkinson said. “And he’s the only African American out there on the ticket.”

The University of Dayton will host the first gubernatorial debate between Democrat Richard Cordray and Republican Mike DeWine.

The latest fundraising numbers show Ohio's gubernatorial race could be the most expensive in the state's history. Republican Mike DeWine raised $2 million in August while Democrat Richard Cordray brought in 1.8 million. That means some competitive races up and down the ticket this fall.

Is Barack Obama's Return Good Or Bad For Ohio Democrats?