What Fake News Reveals About the Origins of Beliefs and Bias

Fake news is a term that’s come to define our current political landscape, but it’s nothing new.

Propaganda, lies, and fairy tales have always been part of human discourse.

In this week’s Exploradio, we talk with two researchers looking into the psychology behind believable falsehoods and how to guard against them.

Listen
Listening...
/
The psychology behind believing in fake news

We live in an age where facts are called into question, and the truth is slippery.

Made-up stories are fed to Americans from sources in Eastern Europe, spreading through social media to infect political discourse.

Hoaxes are believed while the president decries well-researched reporting as fake news.

“The word fake and the word news have been around for a long time, but putting them together is something new,” according to Kent State University assistant professor Mark Whitmore.

He says while a definition is elusive, fake news is, essentially, “Information that is non-factual.”

Whitmore and his wife Eve, who has a psychology practice in Stow, are studying what leads people to believe false information and how it affects us.

The Whitmores began by looking at the roots of how we discern fact from fiction.

“When does a child began to understand what’s the difference a lie and truth?” asks Eve Whitmore.

She says it starts early.

Kids as young as three question the veracity of information and feel the need to decide whether or not to believe the things they’re told.

And children are fed a lot of misinformation.

“Santa Claus, the Easter Bunny, the Tooth Fairy, these are all made-up," says Whitmore, "and children at the age of seven understand that, but they go along with it because you get rewards.”

Whitmore says this points to a basic human response.

“They’re conforming to the belief system,” she says.

A bias toward false beliefs

Mark Whitmore says our childhood tendency to conform extends into adulthood where we believe even blatantly untrue things.

He cites a study where adults were told to fill two empty bottles with water and then label one as water and one as poison.

“And they were asked to pick a bottle to drink out of and they refused to drink out of the bottle labeled [poison] even though they filled that bottle themselves with the same tap water,” says Whitmore. 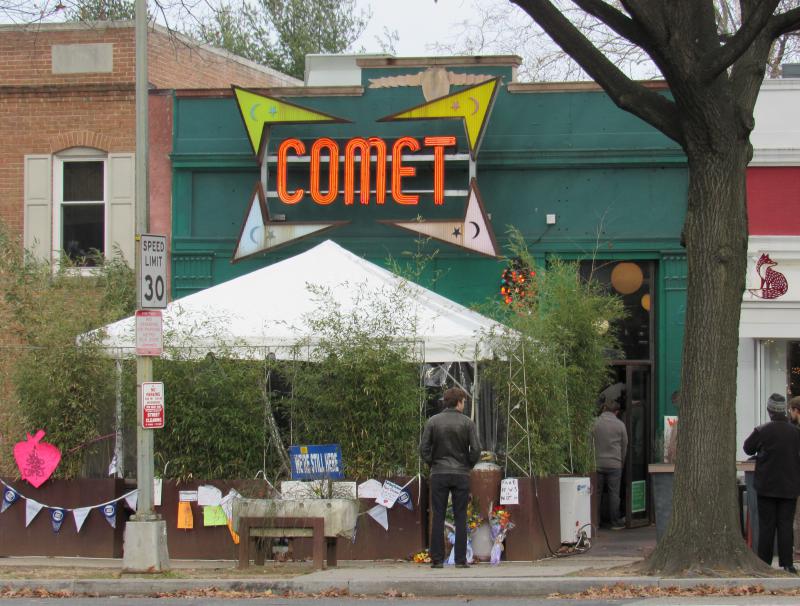 It all boils down to the fact that we’re hard-wired to stick with our current beliefs regardless of what evidence there is to contradict it.

And Whitmore says when you come across information that aligns with your preconceived notions, “the brain actually sends out a little bit of dopamine, like a little narcotic that feels really good."

Whitmore says the opposite is also true.  When faced with facts that contradict your belief system you feel discomfort.

And that makes it hard to admit when you’re wrong.

Whitmore says technology has amplified the power of false information.

He says it can even happen when clicking on the royal wedding too many times.

“I have a whole banner that says Meghan Markel,” Whitmore confesses.

The fake news that was once confined to the grocery checkout line is now our constant companion, and it’s taking its toll.

Eve Whitmore says part of her work is helping people overcome the anxiety that comes from confronting the news.

“What I do every day in private practice is helping people manage their emotions more effectively,” she says.

“Again," he says, "they’re trying to protect those preexisting beliefs that they have.”

But how do we guard against the effects of confirmation bias?

Can You Believe Your Own Ears? With New 'Fake News' Tech, Not Necessarily

Soon, we might not be able to believe our own ears.

New technologies for creating faked audio are evolving quickly in the era of active information campaigns and their use of "fake news."

Journalism In An Era Of Activism

One of the main tenants of journalism is that reporters remain neutral, acting as unbiased chroniclers of events no matter their personal beliefs or opinions.

Since he's been in office, President Trump has continued his running battle with reporters and increased his allegations that media outlets are generating fake news. He reiterated his accusations during his recent trip to Europe for the G-20 Summit.