CSO's Latest Digital Concert A Not So 'Silent' Protest

There's power in silence. There is protest, peace and sometimes, protection. For the musicians of the Cincinnati Symphony Orchestra, silence has taken on all kinds of new meanings during the COVID-19 shutdown.

"When you cannot communicate with music, then you realize what a privilege it is."

That's Louis Langrée, music director of the CSO and conductor of this weekend's digital performance, featuring Schubert's "Unfinished Symphony," Julia Perry's enigmatic "Homunculus C.F.," and a stunning clarinet concerto called "You Have the Right to Remain Silent." Composed by Anthony Davis, winner of this year's Pulitzer Prize in music for his opera The Central Park Five, this inceptive work propels listeners through four stages of struggle—in movements titled "Interrogation," "Loss," "Incarceration," and "The Dance of the Other"—on the back of acclaimed soloist Anthony McGill.

McGill began his orchestral career with the CSO in the early 2000s; he's worked with Langrée at the New York Metropolitan Opera, and is now principal clarinet with the New York Philharmonic.

Seasoned as he is, "You Have the Right to Remain Silent" handed McGill some new challenges: it's his first major performance on the super-sized (and much deeper-voiced) contra-alto clarinet; his first time improvising a solo against a Kurzweil synthesizer, which lends some otherworldly effects; and a rare musical exploration of racism in the American criminal justice system. He's certainly never been Mirandized on stage before—but this weekend's free "Live From Music Hall" streaming concert will take viewers deep into all those experiences and more, combining the gritty intimacy of a TV police drama with the transcendence of symphonic creation and collaboration.

"Hearing Anthony play ... I learned some things about my piece that I didn't know [he laughs], which is great! Instrumental color, what he does with the clarinet—there are so many moments, I remember really delicate moments, that were so striking, and the lyrical quality that he brought to the music."

And maybe because both Anthonys were raised by mothers who danced, this concerto really moves.

Like any great concerto, it's a musical highwire act—except that this treacherous course lifts us, the audience, out of the comfort of our own privilege and into the headspace of a hero who's being targeted, who's facing injustice, who's suffering loss, who's dancing his joy.

"That identification is very important to me, regardless of race," says Composer Anthony Davis. "That to me is what we're trying to do, this idea ... that we are human beings, and to identify with someone else and how they see the world. The idea of empathy and feeling and following an understanding of what someone else has to endure."

McGill, Langrée and the CSO have embraced "You Have the Right to Remain Silent" in that spirit, and they trust their listeners will do so as well.

"The power of this piece, the grandeur of this piece, is that it uses autobiography, it speaks about racism, etc., but it speaks to anybody. Anyone, of any color, has felt menaced by something or someone… We are all together, we are all united, and together we should build a better world."

Event information
The Cincinnati Symphony Orchestra streams "You Have the Right to Remain Silent" and other works at 8 p.m. Saturday, Nov. 21; viewing is free. Watch on the CSO's Facebook, YouTube and at cincinnatisymphony.org. The recorded performance will remain accessible online through Dec. 12.

More listening
Here's a link to Notes from the Underground, Anthony Davis' album with the Boston Modern Orchestra Project, which includes "You Have the Right to Remain Silent."

You can also hear all four movements on YouTube. 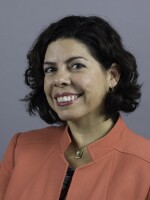